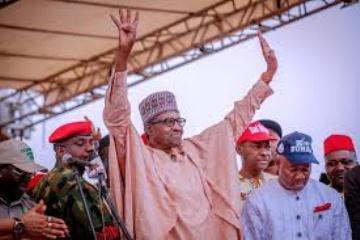 The Zamfara Chapter of the All Progressives Congress (APC) has  hailed President Muhammadu Buhari for appointing Hajiya Sadiya Umar-Faruk as a minister from the state.

Liman pledged the party’s support to ensure that the minister succeeds in her new assignment.

He thanked her for visiting the party leader in the state, Alhaji Abdul’aziz Yari and soliciting his support and advice.

According to him, the visit will promote unity, peace and development of the party in the state.

“On behalf of the entire APC members from Zamfara State, we will support and cooperate with her to work for the devepment of the country.

“With this development, the APC will continue to remain a strong political party in this state.

“As I always say, no political party has supporters and followers like APC in Zamfara,’’ he said.

The chairman said “even though, the APC lost the leadership of the state as a result of Supreme Court Judgement, we are ready to go to the ballot box even tomorrow’’.

Umar-Faruk had in 2015 aspired to contest for Zurmi/Shinkafi Federal Constituency seat under APC, but lost to Abubakar Husaini-Moriki at the primaries.