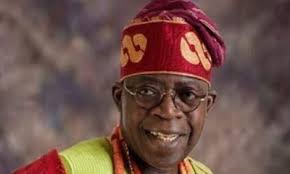 Popular human right activist, Deji Adeyanju, has explained why Bola Tinubu, the All Progressives Congress presidential candidate, APC, is trying to pick a Northern Muslim as his running mate.

According to him, majority of the norrtherners don’t consider Tinubu a Muslim.

Speaking in a tweet, the renowned activist noted that Tinubu is making move to gain the trust of Northerners by picking a Muslim as his running mate.

He added that  this is the major reason the Ex-Governor of Lagos State wants to ignore the accepted norm of balancing a joint ticket with a Christian.

“Many people in the North don’t see Tinubu as a Muslim. This is why he is trying to prove to them they can trust him by picking a Muslim VP.

“And the real reason he wants to ignore the accepted norm of balancing a joint ticket with a Christian,” Adeyanju tweeted.

It will be recalled that Tinubu had submitted the name of Kabiru Masari to the Independent National Electoral Commission, INEC, as a placeholder.

Previous: Despite injustice metted against me, I will stand by Tinubu- Amosun
Next: 2023: Femi Otedola meets Tinubu in France, endorses his presidential ambition