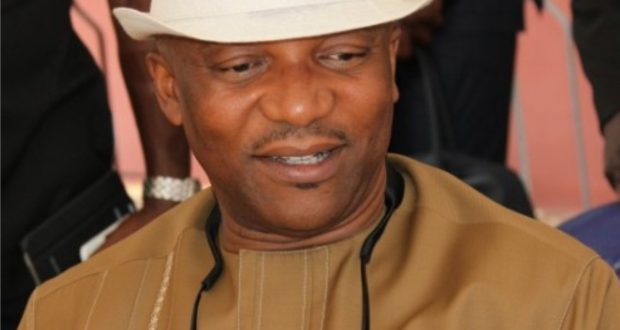 Deputy Governor of Anambra, Nkem Okeke, says rotational arrangement for governorship position among the three Senatorial zones of the state will ensure sustainable development and save cost during elections.

Okeke said this during an interactive session with members of the Correspondents Chapel of the Nigerian Union of Journalists (NUJ) in Awka on Tuesday.

According to the Deputy Governor, who noted that Governor Willie Obiano is the “best candidate” for Sataurdy’s election.

However, he argued that restricting governorship seats to zones, would encourage lesser spending of money and better lives for the people.

He gave an assurance that the governor, who hails from Anambra North Senatorial Zone, would ensure power shift to the South after his second tenure.

Okeke said the state government had performed well in the area of good governance and value for people’s lives.

According to him, tremendous achievements have been recorded in the areas of security, agriculture, trade and commerce, industrialisation, oil and gas and power, among others.

He said Obiano’s second term in office, if re-elected, would consolidate on the achievements already made in the past three and half years across the state.

He further said that the state government would continue to provide the enabling environment for businesses to thrive.

Okeke, who canvassed for votes for Obiano, however expressed concern over youths’ preference for money rather than demand for the provision of infrastructure in their areas.

Previous: We will return your ADC to you early Sunday morning after election, IGP tells Obiano
Next: There is more to car gifts to Adebayo, Oni, to the exclusion of Fayemi – Oni’s Aide