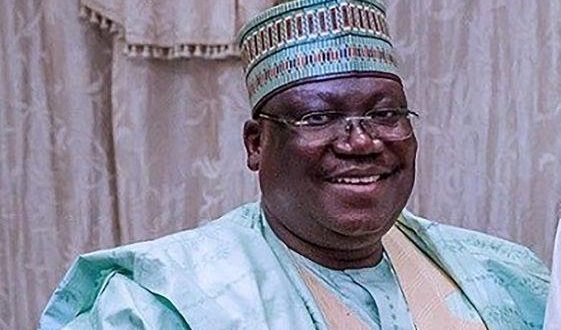 My leadership style will be non-partisan, Lawan pledges

The President of the Senate, Dr Ahmed Lawan, has pledged to run non-partisan leadership in the National Assembly.

Lawan stated this on Saturday in Damaturu at the ‘Grand Reception’ ceremony in his honour and Minister of State for Works and Housing, Mr Abubakar Aliyu.

“I can take it upon myself to run a non-partisan Senate, where party does not determine what we do. What we do could be determined by the interest of Nigeria.

“Every Nigerian, regardless of his political party, wants to see an economy that works and also wants to live in peace,” he said.

Lawan appealed for the support of Nigerians to the lawmakers to enable them achieve success.

“I Want to use this opportunity to appeal to Nigerians to continue to support us in the National Assembly; to advise us and to guide us where we are wrong or where we are about to be wrong,” he said.

Lawan commended his colleagues for their cooperation and being focused in discharging their duties.

Earlier in his speech, Gov. Maimala Buni of Yobe, commended Lawan for creating harmonious relationship between the legislative and executive arms of government.

“The Senate President has restored the vital trust between the legislative and executive branches of the government.

“For the first time, in a very long time, Sen. Ahmed Lawan has also restored the January-December budget circle as provided for in the 1999 Constitution (as amended).

“Which gives the government better opportunity in delivering on its mandate,” Buni said.