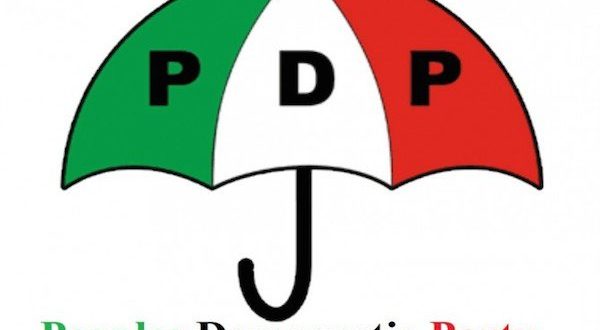 The Buhari Media Organisation (BMO) has accused the Peoples Democratic Party (PDP) of taking opposition to a ridiculous level with its latest claim of wasteful expenditure and stolen funds running into N14 trillion  under the President Muhammadu Buhasri administration.

The group debunked the allegation in a statement issued by its Chairman Niyi Akinsiju and Secretary Cassidy Madueke, on Tuesday in Abuja.

According to the group, allegations that such amount was stolen under the President’s watch have no real basis in fact.

BMO said that the latest act by the opposition party could only have come from comic characters.

“The PDP’s latest claim is just a rehash of what it put out in a statement sometime in August 2018,” the group said.

It explained that in August 2018, PDP demanded an explanation from Buhari on an alleged N9 trillion contract said to have been awarded by the Nigerian National Petroleum Corporation (NNPC).

The group recalls that, back then, the Information Minister Lai Mohammed urged PDP to direct its questions to the Minister of State for Petroleum Ibe Kachikwu who made what looked like the original allegation in a letter to the President.

“Kachikwu had even as far back as October 2017 clarified that the issue had more to do with governance, not fraud at the NNPC.

“In spite of this, PDP has continued to raise the claims to tar the integrity of the Buhari administration with the hope that, like mud it would stick,” it said.

BMO said it was surprised that any journalist worth his salt would put his name on a statement that was filled with spurious claims that have over the years been debunked as fake news.

“The claims made in the PDP statement are cock and bull stories, just like the allegation that Keystone Bank shares belonged to Buhari and his family.

‘’Of course, opposition elements were gleefully spreading this as part of their campaign for the presidential election.

According to the group, even the so-called oil subsidy sleaze was investigated by federal lawmakers at the instance of Senate President Bukola Saraki.

It added that the investigation by the National Assembly discovered that the NNPC has a revolving fund of 1.05 billion dollars which it used to directly import and distribute fuel.

“This can never be compared with the massive subsidy fraud that characterised the PDP years.

“ The massive subsidy fraud under the PDP saw a number of party chieftains benefiting directly or through proxies from a scheme that cost the country trillions of naira and for which some subsidy thieves had been convicted and jailed.

“PDP’s spokesperson was a senior media aide to the then Senate President David Mark at the height of the multiple investigations into the subsidy scam and should know better,’’ it said.

The group also said the so-called NEMA scam is a figment of the imagination of PDP leaders and their media handlers.

It added that the Vice President Yemi Osinbajo, who was the target of the allege NEMA scam has since been cleared of any wrongdoing and no fund meant for Internally Displaced Persons (IDPs) in North East Nigeria was missing.

The group added that Buhari won the 2019 election fair and square and has no reason to be keen on holding on to power for ulterior reason.

Previous: Anambra: APGA crisis deepens as party member in assembly defects to APC
Next: Ambode: I am leaving Lagos better than I met it