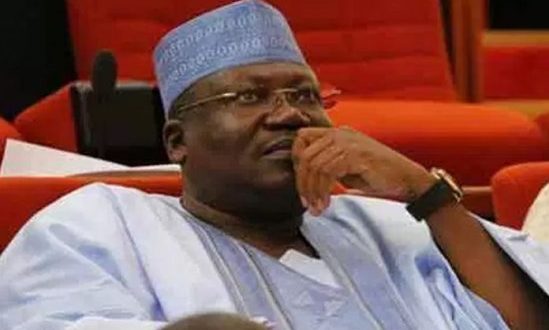 Lawmakers-elect from Plateau have resolved to support Sen Ahmed Lawan and Rep Femi Gbajabiamila as Senate President and Speaker, House of Representatives, as directed by the All Progressive Congress (APC).

APC National Working Committee (NWC), have nominated the duo to lead the two chambers of the national assembly.

APC chairman Adams Oshiomhole, who announced the party’s decision last month, directed law makers elected on the party’s platform to ensure their emergence when the ninth assembly is inaugurated in June.

The party’s decision has, however, polarized the ruling party with some returning lawmakers vowing to challenge for the seat in defiance to the directive.

But APC lawmakers-elect from Plateau, in a statement on Tuesday in Jos, promised to toe the party’s line.

According to the lawmakers, their decision to support the duo was in tandem with the stance of the APC and the party’s governors in the North-Central geo-political zone.

“We took this decision as loyal party men, who desire a smooth working relationship between the executive and legislature; we strongly believe that such good relationship is crucial to meeting the goals of the “next level” administration.

“Both Lawan and Gbajabiamila are credible personalities who, as principal officers of the 8th national assembly, proved their mettle as reliable leaders. So, they are good to go,” it stated.