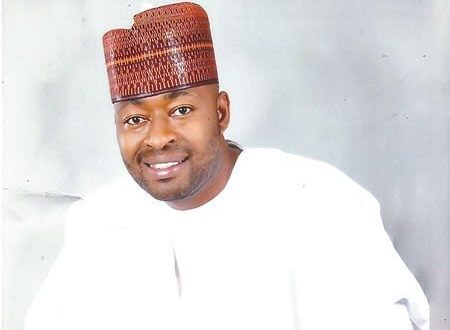 NASS Leadership Zoning: Why I disagree with Tinubu- Hon. Bago

One of the topmost contenders for the position of speakership of House of Representatives, Rt. Hon. Mohammed Umar Bago, has said his loyalty to President Muhammad Buhari and his party, the All Progressives Congress (APC) has no equal.

This was even as, the young lawmaker received the blessing of the Yoruba paramount ruler, the Ooni of Ife, HRM Oba Enitan Ogunwusi, Ojaja II, in his palace recently, DailyPost reports.

Bago, in a statement through his campaign organization on Monday, disagreed with Asiwaju Bola Ahmed Tinubu over his comments on party loyalty.

The APC national leader had said, “as a loyal party member and progressive leader”, he would have committed a terrible wrong by navigating against the president and party in these matters.

But Bago, in a statement signed by Hon. Victor Afam Ogene, on behalf of his campaign organization, advised Tinubu to rather allow contestants for speakership position to run on their merits.

“Not too long ago, in 2015, when Tinubu tried to foist the same mentee of his as Speaker, in spite of the rational voices of caution by many stakeholders, many had been left wondering if the enforcement effort was at the instance of President Buhari and the Party.

“Although, a greater portion of the statement centred on his probable scheming for the 2023 Presidential election, real or imagined, our concern revolves around the oblique reference to loyalty as basis for his decision to stand by his adopted as the next Speaker of the House of Representatives.

“It is on this score, and several other incontrovertible facts that we disagree with the position of our national leader.

“It is our contention that nobody has the monopoly of loyalty. Put succinctly, it is not anyone’s exclusive preserve and no one is a custodian of it.

“In deed, the pursuit of equity and fairness in an enterprise where we are all stakeholders cannot vitiate our candidate’s long standing, earned reputation as a loyalist of President Buhari, our party, the All Progressives Congress, and above all, the people of his constituency, his state, Niger, and the North central zone who have invested their trust in him to represent them.

“Instead of seeking to pitch party faithful who seek their just due against the President, we rather expect Asiwaju Tinubu, as a father to all, to critically consider the legitimate aspiration of the North central zone and ensure that justice is done”, the statement reads in part.

Bago wondered why the North Centre, which performed creditably well during the last general elections and gave the APC massive votes, would be schemed out while the South West which underperformed would be given the positions of Vice President and Speakership at the same time.

According to the statement, “while the entire six states of the south west gave our party a total of 259, 780 margin of victory over the rival People’s Democratic Party in the presidential election, only Niger state – from where Hon. Mohammed Bago hail – secured for the APC a margin of win of 394, 319, thereby thumping the South west votes by 134,539 votes.

“Wherein then lies the rationale for seeking to arrogate the Speakership position to the South west, which by the way already has the country’s Vice Presidency in the kitty?

“As joint workers in the APC vineyard, the least that is expected is that every zone ought to be rewarded proportionately according to its work rate or contribution.

“We are, therefore, at a loss as to why a zone would be doubly rewarded, while the others watch helplessly like orphans.

“These are the germane issues we expect our respected national leader, Asiwaju Tinubu to seek resolution to.

“Until, and unless answers are provided to these nagging questions, anyone seeking to lead the House ought be allowed to do so on his own merit”.

The statement further stressed that Hon. Bago remained the closest ally of President Buhari amongst the contesters, thereby puncturing the feelers that the President may have possibly adopted Gbajabiamila for speaker’s position.

“At the risk of sounding repetitive, we restate that no one currently jostling for the Speaker’s position is more loyal to President Buhari than Hon. Bago.

“From 2003 when he became a member of ‘The Buhari Organization’ (TBO), to 2011 when he contested and won election to the House of Representatives on the platform of the defunct CPC, to 2015 and 2019 when he won re-election on the banner of the APC, Hon. Bago has remained a core Buharist, and any attempt to tar him with any brush of disloyalty cannot stick”, the statement added.

Meanwhile, the Ooni of Ife in his palace at the weekend said it was not enough to sign the #NotTooYoungToRun bill into law, adding that, there would be lacuna if the young ones were not allowed to take leadership positions.

The Paramount ruler stated this when Hon. Bago and his campaign team visited the palace in Ife

“Yes, we now have a Not-Too-Young to Run law, but to compliment that we need to consciously bring the youth into leadership positions,” Ooni said, while praising Bago for embarking on the courtesy visit, describing it as “a demonstration of your profound respect for the Yoruba race.”

Ooni said, “As the custodian of the tradition and values of the over 50 million Yorubas worldwide, and by the grace of sitting on the revered throne of Oduduwa, I pray for the success of your endeavour”