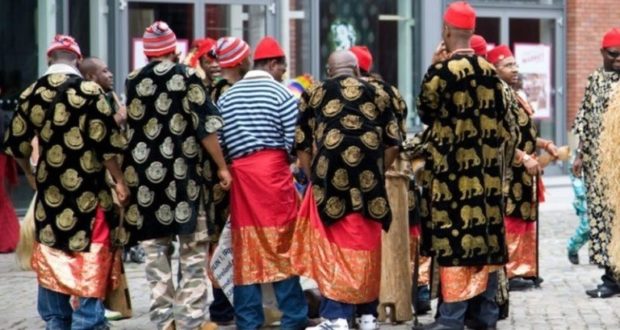 Ndigbo may be robbed of 2023 presidency- Igbo leader

Igbo leader and oil magnate Prince Arthur Eze says that the plan of Igbos to achieve presidency in 2023 may not be achieved if there is no unity among them.

He said: “The major problem our people have is not loving themselves. Instead, they try to pull whoever is doing well down. Such attitude cannot take Ndigbo anywhere. We lack unity. Those we see as our enemies are not; we are the greatest enemy of ourselves.

“Only God can make an Igbo man president. We shall pray to God to find an Igbo man who has the character to help people.

Northerners are kind people. I would prefer someone who has conscience; somebody who will remember you. I don’t care where you come from.

“Then they put me in oil business. They didn’t care where I came from. Tell me any Igbo man who can do that.

“During the time of former President Goodluck Jonathan, we had the secretary to the Government of the Federation (SGF) in Pius Anyim, what did he do for Igbo people? He brought Julius Berger and they tarred the road leading to his house, yet all our roads were bad.

“It is President Muhammadu Buhari who is tarring our roads now. Look at Enugu/Onitsha Road; Enugu/Port Harcourt Road; Second Niger Bridge; he modernised Zik’s grave. Did Jonathan do that?”

On the 2021 governorship election in Anambra, Eze said: “What the people of Anambra needs in 2021 is not zoning but a credible person to lead the state

Previous: Obaseki and his irresponsible party will face defeat on Sept 19- APC
Next: Ondo 2020: “You can’t dictate mode of primary,” APC warns candidates