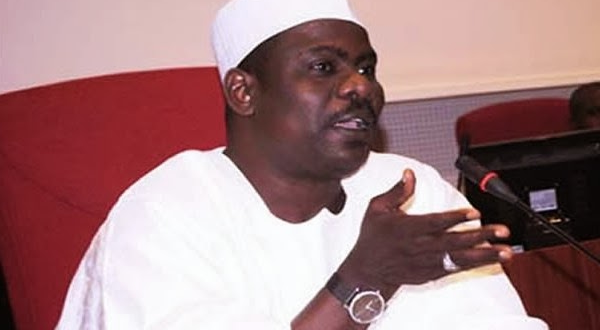 Ndume: If anybody thinks my action is personal, i leave it to God, the ultimate judge

A former Majority Leader of the Senate, Ali Ndume, has opened up on why he headed to court to seek judicial ruling on his suspension.

The Senator from Borno state, while addressing journalists at the National Assembly after his resumption on Wednesday, said his action was beyond a personal struggle but a fight for democracy.

Following recommendations by the Ethics and Privileges Committee, the Senate on March 30 suspended Ndume for calling on the Senate to investigate public allegations of impropriety against the Senate President, Bukola Saraki, and another Senator, Dino Melaye.

I really do not want you to feel that I’m taking this on anybody. No. This is a democracy and there are structures on ground to test our nascent democracy,” said Ndume.

“Whatever I did is not personal and I am not taking it personally against anybody. If anybody thinks my action is personal, I leave that to God who is the ultimate judge and we will all account for our deeds in the world after.”

Previous: I am a son of nobody who became somebody without knowing anybody – Ndume
Next: My Ministers will tell you that i didn’t know them from Adam – Buhari