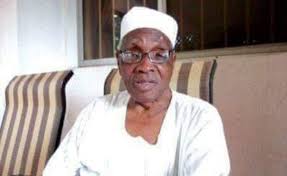 The Movement for the Actualization of the Sovereign State of Biafra (MASSOB) has stage verbal attack against the leader of Northern Elders Forum (NEF) Prof Ango Abdullah  that Igbos killed the Hausas during therecent #EndSARS protest.

Acccording to him, it is very unfortunate and disappointing that seeds if disunity and disaffection among ethnic nationalities is been planted by a supposedly Nationalist.

Madu said that it is a blatant lie that Igbos killed Hausa residents during and after the #EndSARS protest.

He said: “It is not in our nature to hurt nonindigenous people dwelling or residing in Igbo land but it is historic and eloquent records that the people of Arewa have killed the Igbos on several occasions in the northern region,” it maintained.

“The primary aim of Northern Elders Forum to Rivers State is to continue in their mission of divide and rule syndrome, they saw in Governor Nyesom Nwike as a willing tool to continue to perpetrate their enmity virus against Ndigbo.

“They may have succeeded in deceiving some leaders of South-south in seeing the Igbos as their enemies in the past,” it asserted.

“He is the worst thing that happened to the people of Arewa because he denied the Arewa Youths quality education, human development, economic stability and freedom of religious slavery.”

Previous: Why APGA is taking part in today’s supplementary poll in Zamfara- Spokesman
Next: “You have no power to invite Buhari,” AGF tells House of Reps