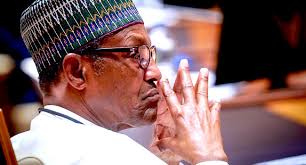 He lacerated the President, saying that  the blood of innocent Nigerians killed by bandits would never forgive the ruling All Progressives Congress.

It will be recalled that the  the Minister of Finance, Budget and National Planning, Zainab Ahmed, on Wednesday, confirmed that President Muhammadu Buhari purchased vehicles, worth N1.4 billion, to neighbouring Niger Republic, to address its security challenges

According to Rabo, why the  President could not “quench fire in his bedroom but ran to use all available means to stop fire in his neighbour’s apartment.

He added that many people are being held in kidnappers’ den, yet the Nigerian Government could not do anything about it.

“Nigerians are mourning several people killed, held captive, made slaves, in kidnappers’ den. Nigerians are frustrated due to security challenges, Nigerians could no longer go to their farms, because of bandits, we can no longer sleep at night because of attacks and killings by these criminals, who have become war lords in Nigeria.

“Yet, our President approved a whopping sum of N1.14 billion to a neighbouring country to tackle their security challenges,” he said.

He described the decision as wicked, devastating and uncalled for.

“Kidnappers of the Abuja-Kaduna train victims are demanding N100 million on each of the remaining 43 victims who are languishing in the forest.

“Their families have cried severally for help, but the federal government is keeping a sealed mouth,” he lamented