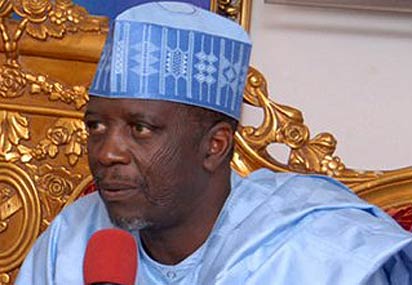 A former Sokoto Governor, Attahiru Bafarawa has said that Nigeria needs a thorough breed politician with a combination of business and political knowledge to drive its economy.

Bafarawa, a presidential aspirant under the platform of the Peoples Democratic Party (PDP), said this when he visited PDP officials in Anambra State on Wednesday in Awka.He said that for Nigeria to catch up with the developed nations, a politician with good business ideas must be given the opportunity to steer the ship of the nation to a safe harbour.

The former governor expressed satisfaction with the reception accorded him by the party officials.

He said he was in the state to seek the support of PDP delegates ahead of the presidential primary.

“I need your support, advice and prayers ahead of the PDP presidential primary and if I emerge winner, will equally wish that you massively support me to be the president in 2019.

“I believe that with my track record as two-term governor of Sokoto State, I have the pedigree and experience to not only drive the economy of this nation, but also to secure and unite Nigerians irrespective of tribe and creed.’’

Bafarawa told PDP officials that he wrote everything he would do if elected president in 2019 in booklet as a bond between him and Nigerian people.

On the chances of PDP winning next year’s presidential election, he said that the coast was very clear, but added that the party must take advantage of the misrule of the ruling party to market itself.

“The ruling All Progressives Congress has finished campaign for PDP in the last three years; all that is important is for the PDP to make good use of the opportunities provided by APC.’’