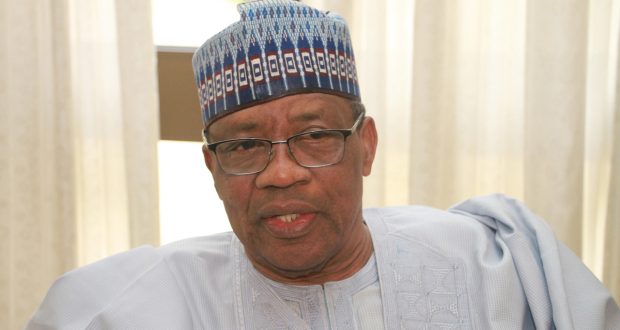 Babangida said this on Wednesday during a meeting with Rivers State Governor, Nyesom Wike, at his country home in Minna, the Niger State capital.

Speaking before the meeting went into closed-door, Babangida who is also a chieftain of the Peoples Democratic Party (PDP), commended the governor for what he described as Wike’s strong political courage to stand by the party.

On the just concluded Anambra governorship election, Babaginda said the process has been commendable from what he has read and heard so far, although his party lost in the election.

He, however, hopes that the Independent National Electoral Commission (INEC) and other relevant institutions would extend such performance to other parts of the country, especially in the 2019 general elections.

Speaking earlier, Governor Wkie said Babangida represents stronger leadership for the party, adding that the purpose of his visit was to welcome him back from his trip.

He said he has also met with the former Military president to discuss some party matters, especially in view of the PDP convention which has been scheduled for December 9.

Previous: Now that Obiano has been re-elected as governor, Uzor-Kalu wants him in APC
Next: Wife of former PDP Chairman joins APC, says ‘i know people will question me’