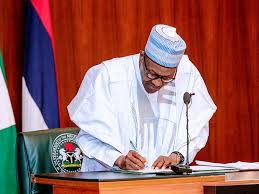 According to the group, the level of insecurity is extremely worrisome as it is expanding in the North West and the unprecedented levels of armed kidnappings in Katsina, Niger, Zamfara States and the constant bombardments of parts of Southern Kaduna State by armed Fulani attackers is too much

It raised the alarm that Nigeria was snowballing into a huge ungoverned space requiring the joint actions of World leaders and the United Nations to stave off the imminent collapse of constitutional democracy.

The rights advocacy group believes that the reason the attackers were becoming much more daring was because of the toxic body language of those in control of the political layers of power in Abuja.

The group also noted that all this was happening because of the fact that all the strategic security positions in the internal security architectures were headed by persons who share same ethno-religious orientation with the majority of the armed terrorists who were threatening the National Security and were getting away with their antics.

HURIWA said since Buhari does not believe in Federal Character in the appointment of security Chiefs and since his persistent and serial nepotistic appointments in the last 6 years has brought the nation to a near failed state, the next best option was to plead with him in the name of God to resign honourably.

HURIWA said “it will be more honourable for President Buhari to tender his letter of resignation if he still loves to see Nigeria remain unbroken.”

The rights group said this in a statement by the National Coordinator, Comrade Emmanuel Onwubiko and the National Media Affairs Director Miss Zainab Yusuf and made available to DAILY POST on Sunday.

The group regretted that since 2015 “the nation has increasingly become one huge ungoverned space following the abdication of their constitutional functions by the President and the commander-In-Chier of the Armed Forces Buhari”, who, according to the group, “has rather chosen to focus on promoting the primordial agenda of his religion and his Fulani Ethnic nationality to the deyriment, disadvantage and endangerment of the territorial integrity and national security of Nigeria.”

The rights group said the deeper cause of the national security crises facing Nigeria is the absence of an independent National Assembly since 2019 when the lackeys of Buhari were elected as the Senate President and Speaker of the Federal House of Representatives.

In the thinking of HURIWA, President “Buhari’s failure and unwillingness to decisively deal with the armed Fulani attackers because of Ethno-religious consideration is the motivation needed by such terrorist organisation like the Miyetti Allah Cattle Breeders Association to continue to threaten States that have decided to pass legislation banning open grazing of cattle.

“The Nigerian President at the moment has decided to fruitlessly chase after the private interest of cattle owners who are his kinsmen whilst neglecting his core function of protecting the territory of Nigeria from invasions by such armed groups.”

Previous: You wasted a lot of time in APC- Atiku tells defectors to PDP
Next: Some forces making efforts to frustrate your second term- Cleric warns Sanwo-Olu