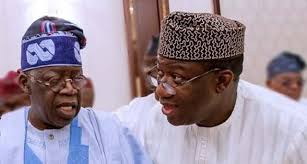 Niyi Adebayo introduced me to politics, not Tinubu, Fayemi claims

One of the top henchmen of Gov Kayode Fayemi of Ekiti State, Karounwi Oladapo has claimed that ex-governor Niyi Adebayo of masterminded the political success of Fayemi  and made him Ekiti Governor, and not Bola Tinubu.

Speaking in a press  statement issued in Ado Ekiti on Sunday, he noted that the truth needs to be told considering the insinuations in some quarters that Fayemi betrayed Tinubu

Karounwi, in the statement, titled, ” Putting the Records Straight: Fayemi as a Politician”, admitted that though Tinubu helped him financially to Fayemi’s first term election success, but Adebayo was the one who asked him to contest.

”Those who traffic lies about how Asiwaju Bola Tinubu recruited Dr. Kayode Fayemi into politics and thought that the rumoured ambition of Fayemi to contest Nigeria presidency against the rumoured presidential ambition of Asiwaju Tinubu is akin to ingratitude and an Akintola/Awolowo politics should kindly seek for the truth so that the truth shall make them free

”Take a look at the true account of how Dr Kayode Fayemi, a scholar and an Activist, entered into politics as a member of the then Alliance for Democracy, AD and got the Action Congress, AC, (an offshoot of AD) Gubernatorial ticket to contest the Gubernatorial elections in 2007 through former Governor Adeniyi Adebayo, the leader of the Party in Ekiti State.

” The credit for finding Fayemi was completely Adebayo’s but it must also be said that Adebayo eventually enlisted Asiwaju Bola Tinubu (who had known Fayemi since his days in exile) and Chief Bisi Akande to help convince Fayemi to take up the offer.

”Though Asiwaju Bola Tinubu, as the foremost leader of the AC Party, thereafter supported the party candidate, Kayode Fayemi and co-financed the party to victory. Asiwaju Tinubu’s contributions are equally remarkable.

”He eventually emerged as the candidate by defeating 13 other aspirants”, he said 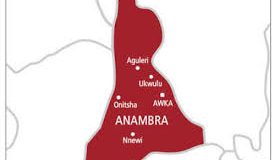