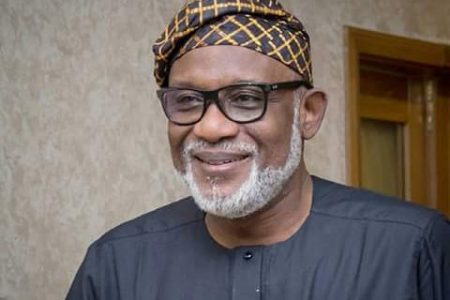 Governor of Ondo State, Rotimi Akeredolu, has said that no big deal in making his last son, Babajide, as his Chief of Staff.

The governor,said nothing would happen if he took such decision.

According to him, his son was qualified to hold the position because he worked hard towards his emergence in office.

Akeredolu made the remarks during a dinner held at the International Event Centre in Akure, the state capital, to celebrate the third anniversary of his administration.

He said, “When somebody says Baba (Babajide) is this, I just laugh at them. If I wanted to make Baba my Chief of Staff, he can be.

“Ask yourself, how many of you did more than Baba during the campaign? How many?

“The young boy (Babajide) was going everywhere and all of us saw him but we decided because he won’t want it. I just said leave him.

“My son is satisfied, that is why, if he was not, I will put him