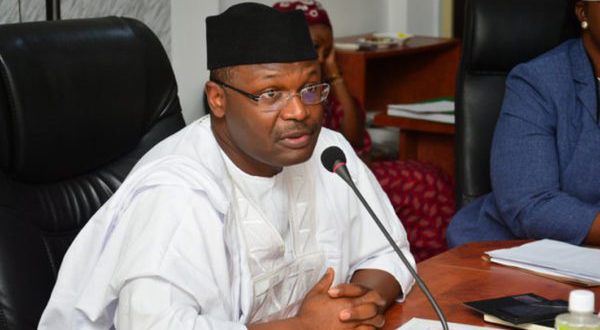 No extension of deadline for primaries, INEC tells political parties

The Independent National Electoral Commission (INEC)  has alerted political parties warning them that it will not extend the deadline for the conduct of primaries and submission of parties nominations for the Sept. 19 Edo governorship election.

INEC Chairman, Prof. Mahmood Yakubu.stated this at the commission’s second virtual consultative meeting of the Inter-agency Consultative Committee on Election Security (ICCES), on Wednesday in Abuja.

Yakubu reminded political parties fielding candidates of the need to conclude their primaries for the nomination of candidates in the next 10 days.

“The deadline is Saturday, June 27, 2020. I must stress that the date is firm and fixed. There will be no extension.

“While the conduct of primaries and nomination of candidates will be the sole responsibility of political parties, our officials will monitor the primaries as required by law.

“Already, INEC has published the date and mode of primaries for each of the 15 political parties that indicated their intention to participate in the election.

“Similarly, there will be no extension of time for political parties that fail to submit the names and other details of the candidates that emerge from their primaries using the dedicated portal created by the Commission.

He advised political parties to adhere to the four mandatory requirements for eligibility of candidates for governorship elections as enshrined in Section 177 of the Constitution of the Federal Republic of Nigeria 1999 (as amended).

The INEC boss said that a candidate nominated by a political party must be a Nigerian citizen by birth, 35 years, must be a member of, and sponsored by, a political party, and must be educated up to at least School Certificate level or equivalent.

He said that the advice was crucial in view of INEC’s experience in managing the nomination of candidates for the last two governorship elections in Bayelsa and Kogi.

“Adherence to these clear constitutional provisions is compulsory in order to avoid litigation that follow the nomination of candidates, some of which are still pending before the Courts.

“In fact, one of such cases involving the attempt to substitute an ineligible candidate by one of the political parties was determined only yesterday by the Supreme Court in favour of INEC.”

Yakubu stressed the need for the commission and security agencies to remain proactive during the party primaries, campaigns, voting and eventual declaration of results.

“We must safeguard the process and protect all those involved – voters, INEC officials, observers, the media and even some of the unarmed security personnel deployed to the polling units.

“Doing so requires professionalism and neutrality.

“In the context of the COVID-19 pandemic, we should also ensure compliance with the protective measures contained in the recently published Commission’s policy as well as the advisory by health authorities.

“In the context of the current global health emergency, we have the additional responsibility to ensure the conduct of free, fair, credible and safe elections.”

Yakubu recalled that at the last ICCES meeting, there was an agreement to draft a Code of Conduct for security personnel on election duty based on the report of the Special Committee earlier set up to ensure collaboration and synergy in the deployment of security agencies for elections.

“The meeting also mandated the Co-Chairmen of ICCES to take into consideration safety measures for security personnel in the context of the COVID-19 pandemic.

“The draft policy has already been circulated for consideration and approval at this meeting.

“Thereafter, the policy will become part of the manual for training of security personnel and to guide their conduct during elections. The policy will be published for public information.”

The Co-Chairman of ICCESS and National Security Adviser (NSA), Maj. Gen. Babagana Monguno (rtd)commended INEC for the setup of the sub-committee to review the existing policy on election security to address challenges posed by the COVID-19 Pandemic.

Monguno, represented by Yusuf Galadima Yusuf, expressed confidence that the reviewed policy, when adopted and put into use, would further secure the electoral space for peaceful elections in the country

The meeting was attended by heads or representatives of the armed forces and paramilitary organisations, INEC National Commissioners, Resident Electoral Commissioners and Commissioners of Police for Edo and Ondo Commands

Previous: I am not thinking of dumping APC for now- Edo Speaker
Next: PDP leadership to decide on Obaseki today