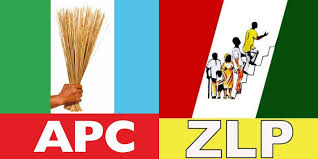 The Zenith Labour Party (ZLP) has berated the ruling All Progressives Congress (APC) for the exorbitant prices of its nomination and expression of interest forms for the 2023 elections.

Speaking with newsmen in Bauchi, the ZLP chairman in Bauchi State Khalid Arewa, lamented that the high cost of nomination forms was totally against the democratic aspirations of youths, women and the less privileged in the society.

He added that the amounts clearly ran against the Not Too Young To Run Act, which was signed by President Muhammadu Buhari.

According to him, the  the price tags would disenfranchise the youth and women.

He noted that.the ZLP was ready to create a platform for APC members denied the opportunity through the high cost of nomination forms to participate in the electoral processes leading to the 2023 general elections.

“The APC has denied the youth the democratic rights or privileges to partake in partisan politics. So when and where the youth would get mentorship to attain elective positions and subsequently be the leaders of tomorrow?

“We members of the Zenith Labour Party are ever ready to change that narratives of the APC by way of accepting the inflow of its members into the ZLP, especially those aspiring for elective positions come 2023 general elections.

“We would give them whichever party tickets they so desire. Come and embrace our party to enjoy democratic rights and privileges and our forms’ prices are mere tokens,” Arewa said.

He asserted that both President Buhari and the APC ought to consider the plight of the youth and the less privileged in the society aspiring to contest in the next general elections but lack the wherewithal when fixing the party’s prices of nomination forms.

“We expect Buhari and APC would consider the plight of youth and the less-privileged aspiring for elective positions ahead of the general elections but lack the wherewithal to even purchase the forms like the expression of interest form into the state House of Assembly, which the APC pegged at N2 million, let alone those gunning for House of Representatives costing N10 million.

“This is a covert move to prevent the youth from participating in partisan politics. This simply shows that the APC is trying to promote corruption.

“But we at ZLP have given our nomination form free for women, youth and people living with disabilities. We are calling on the general public, especially the popular politicians to join our party for a better Nigeria,” he said.

Previous: APC has pushed Nigeria to its darkest days- Peter Obi
Next: 2023 Presidency: Saraki reacts as NEF endorses him and Bala Mohammed as consensus candidates