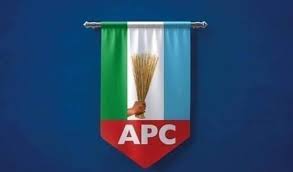 North-West will vote massively for Tinubu, APC in 2023- Lukman

The National Vice Chairman of the All Progressives Congress (APC) North West, Salihu Lukman has said that he is sure that  the North-West zone will give his party victory in 2023.

The meeting was attended by stakeholders from the zone comprising Katsina, Sokoto, Kebbi, Kano, Zamfara, Jigawa and Kaduna.

“Since after our convention, we have not met to discuss the happenings in our zone.

“We have set up six field operations committees which will be meeting in the next couple of days in order to discuss the progress attained in the zone ahead of the general elections.

“Today’s meeting is the publicity field operations committee. We have met and discussed extensively how to move the party forward.

“We will work hand in hand with all state chapters in the zone as part of efforts in creating awareness and sensitizing the members in the zone.

According to him, “this is important in view of the fact that Northwest is the backbone of APC. Once we deliver the zone, we are sure of victory because the zone is the heartbeat of Politics in the country.”

He however noted that going by the turn of events and with hard work, the zone will give the party (APC) the deserved victory in 2023.

He added that the Zonal party had resolved to partner with the media in order to strengthen its activities.

“We will work with the media because of your important role. No organization will do it alone with the media. This interactive session is the standpoint of this collaboration.”

Previous: Many delegates refunded the money I gave them when lost in primaries- Kwara Senator
Next: Kano Guber: INEC says Muhammad Abacha is the authentic candidate of PDP