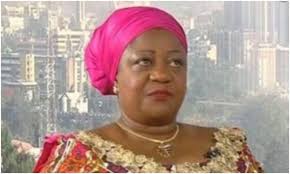 Northern youths kick against nomination of Lauretta as INEC official

A northern group known as Northern Youths Council of Nigeria, NYCN, has condemned inclusion of the name of Lauretta Onochie, Senior Special Assistant on New Media to Mr President as a nominee for INEC Commissioner.

The President and spokesman of the group, Abubakar Isah and Mock Samuel Kure, in a statement on Thursday, said, “The Northern Youths Council of Nigeria (NYCN) has receive with rude shock the referral of the name of Lauretta Onochie, the Senior Special Assistant on New Media to Mr President and nominee for INEC Resident Electoral Commissioner Representing Delta State to Senate Committee on INEC for Screening and possible recommendation for confirmation or rejection.”

The statement quoted Isah and Kure that they thought the matter of Onochie had been laid to rest, saying that they are shocked that it was resurrected.

According to the statement, “As a partisan politician, we have available evidence to prove that Ms Lauretta’s appointment violates Section 14(2a) of the Third Schedule of the 1999 Constitution as amended which states that a member of the commission shall be non-partisan and a person of unquestionable integrity.”

The group said that she had no any business serving as INEC Commissioner being a partsan official.

“She is not the only competent person in Delta State that must be forced on the throat of Nigerians. If Mr President cannot do without her, he is free to appoint her into any MDAs of his choice,” the statement stressed.

The group added that 2023 would decide the fate of the country that is currently experiencing different wave of agitation.