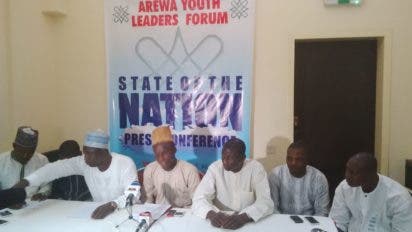 Northern youths have kicked against the powerful nephew of President Muhammadu Buhari, Mallam Mamman Daura over comment he made on zoning.

Daura had said that competence, and not zoning, should determine the next President.

The youths, under the aegis of the Arewa Youths for Peace and Security (AYPS), said the south should be allowed to produce the next President because it will further unite Nigeria.

President of the group, Alhaji Salisu Magaji, who stated this in a statement, on Sunday, argued it will be unfair not to allow the South take another shot at the presidency under the zoning arrangement before it is dropped.

The Arewa youths said that while the group’s thought is in sync with Mamman Daura’s belief that it is time to discard zoning the presidency and embrace credibility, merit and qualification to vote the best candidate, it is in the interest of equity, fairness and justice the South should first produce a President before zoning is jettisoned.

“Our view is that we support and encourage the zoning of the 2023 presidency to the South. They have a chance to bring a credible and competent candidate to run for 2023 presidency.

“Our position is that the North should support the South for the peace, stability and tranquility of the nation,” they reiterated.

The youths added: “It is our belief now that if we say the North should continue after President Buhari ends his second tenure it will affect the cohesion as nation and destroy its fabric.