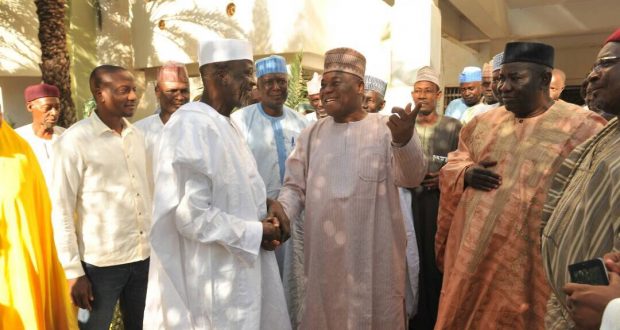 Now that PDP is out of intensive care, there is need to put it in order – Bafarawa

December 9th is the date that will determine the future of the Peoples’ Democratic Party (PDP) according to a former Sokoto Governor, Attahiru Bafarawa .

Bafarawa stated this in Sokoto on Sunday while receiving an aspirant for National Chairmanship of the party, Raymond Dokpesi, who was on a campaign visit to the state.

He said that it was unfortunate that the party encountered crisis after its convention in Port Harcourt in 2016, noting that the party was on “intensive care” at that time.

“Now that the party is out of the intensive care unit, there is need to put the party in order.

“We stand at risk if we don’t put our house in order. We will fail our millions of followers who are in support of this great party.

“Honestly, what we can do is to unite ourselves and pray to God to guide us to choose leaders who will lead our party,” Bafarawa said.

The former governor said that the North West was yet to take any decision on who to support for the National Chairmanship position, noting that the people would make the decision.

He described Dokpesi as a man of wisdom and experience, the criteria needed by the man who will lead PDP as Chairman.

“We believe that God chooses leaders, and I know that you are qualified to aspire for any position in this party and country,” the former governor told the aspirant.

Previous: Buhari to attend EU-AU Summit in Cote D’Ivoire
Next: I accepted Salvador as Lagos PDP Chairman for peace to reign – Adewale