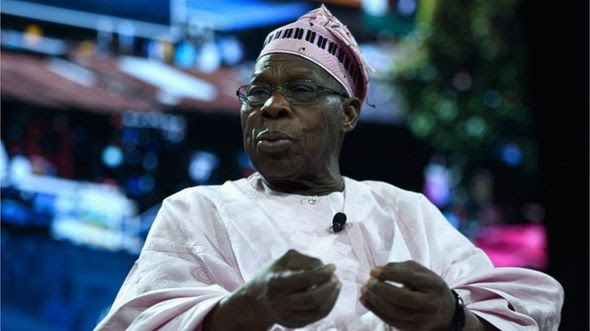 Ex-President Olusegun Obasanjo has justified the mistakes he made during his administration.

According to him, the mistakes he made were not out of selfishness.

Obasanjo made the remark during an interview with The Point newspaper, published in the tabloid’s Monday edition.

He said his administration’s mistakes were genuine, and that his government was devoid of personal interests.

Obasanjo dismissed the claim he did not do enough for Yoruba land while president, saying his focus was on Nigeria as a whole.

He said his non-partisanship currently is a reflection of his focus and commitment to Nigeria.

“Yes the question is what is my guiding principle? Nigeria. You know it is true I became the President on the platform of the Peoples Democratic Party (PDP). Now I am not a PDP man, I am not an APC (All Progressives Congress) man, even I am not an ADC (African Democratic Congress) man. But if you ask for my party, I will say Nigeria is my party.”

The former president said Nigeria can be great with generational consistency in good leadership.

He asked incumbent leaders to look beyond the moment because their actions will be a reference point later in the future.

“The point you must bear in mind is that this country can be a great country. We have everything to make this country great. And that is what always worries me. When you see what we can do, how to do it, and we are not doing it. That is really unfortunate,” he said.

“When you are in a position of leadership, don’t think only of today, think of tomorrow, because, look, you would be a reference point. How did he perform? How did he do? What did he do? In future, people would refer to it. For one thing, I have no mind for malice. I cannot even think of malice. And when I have a job to do, I sink myself into it.”