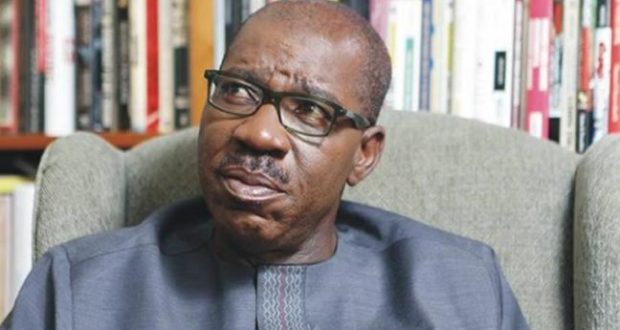 The President, Muhammadu Buhari, on Monday had a meeting the Governor of Edo State, Godwin Obaseki, at the Presidential Villa, Abuja.

This was announced by rthe Personal Assistant on New Media to the President, Bashir Ahmad, announced this vi

He said, “President Muhammadu Buhari meets with Governor of Edo State, His Excellency, Godwin Obaseki this afternoon, at the Presidential Villa, Abuja.”

Eight governors elected on the platform of the All Progressives Congress, on Sunday, held a meeting with the National Leader of the APC, Asiwaju Ahmed Tinubu, at the State House Marina, Lagos State to make a case for Obaseki.

It was gathered that the governors were at the closed-door meeting to seek Tinubu’s intervention in the search for a truce in the political conflict between Obaseki and his godfather, the National Chairman of the APC, Adams Oshiomhole