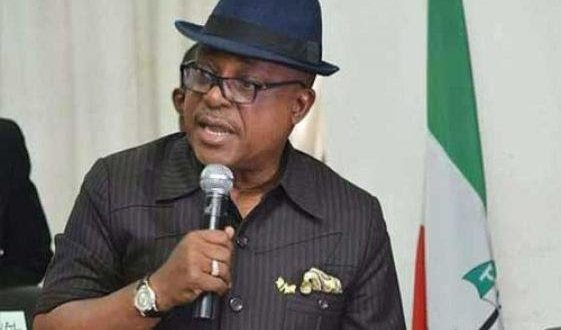 Obaseki’s defection a will of God- PDP Chairman

The National Chairman of the Peoples Democratic Party (PDP), Uche Secondus, has reacted to the defection of Goodwin Obaseki to the opposition party.

According to him, the defection of Governor Godwin Obaseki to the party is an act of God.

This was contained in a statement signed by his Special Assistant on Media, Ike Abony, on Friday.

Secondus told Obaseki that he would not regret joining the party ahead of the September 2020 governorship polls.

According to him, PDP is a party of “responsible people who respect and appreciate intellect and work by the rules and constitution of the party.

“There is nothing to be arrogant about power for anyone who knows God and here in PDP we are guided by this fact.

Previous: Saraki to Oshiomhole: You predicted the fall of others, your own downfall has come
Next: “Stop parading yourself as APC Chairman,” court orders Giadom