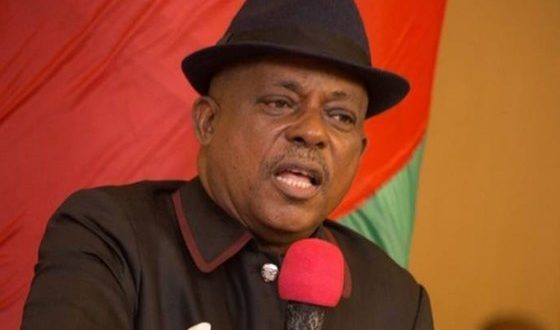 Following speculations that Governor Godwin Obaseki may join Peoples Democratic Party, PDP, Uche Secondus, Chairman of PDP has said members of the party would determine its candidate in the forthcoming election.

Secondus told newsmen that the PDP was ready to accommodate anyone who showed interest to be part of it, adding that the party was not going to deny the governor membership if he decided to join it, Punch reports.

He said, “He is a sitting governor who ought not to be treated that way. If he contested four years ago and was allowed to fly the flag of the party, what has changed between then and now?

“For now, we are not against anyone who wants to join us. Our doors are open and if he decides to join us as an individual, we will welcome him. That’s the only thing I can say for now.”

Asked if the governor could be considered to be the party’s governorship candidate, Secondus said he was not competent to speak on such an issue, but stressed he was confident the party would win the governorship election.

“The PDP ticket is not won on the pages of newspapers. Our members decide who will be their governors or representatives,” he added.

The screening committee of the APC headed by Jonathan Ayuba, while presenting the committee’s report to the party’s National Working Committee, said the governor was disqualified from participating in the party’s June 22 primary because of the discrepancies in his names and certificates and for taking the party to court in contravention of the party’s rules.

Previous: June 12 Annulment: Buhari should prosecute Babangida, others- Balarabe Musa
Next: ADP to gov Obaseki: We will accept you with open arms if you join us