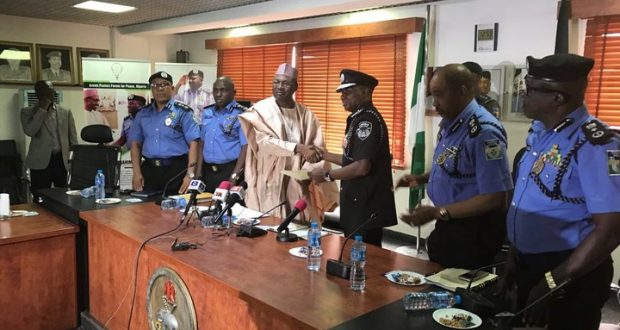 Some Election Observer Groups have expressed concern over some emerging issues capable of undermining the credibility of Saturday’s Anambra governorship election, if not addressed.

The Youth Initiative for Advocacy, Growth and Advancement (YIAGA) Watching TheVote (WTV) and Coalition of INEC Accredited Observer Oganisations, expressed these concerns in separate pre-election statements in Awka on Friday.

In a statement co-signed by the Chairmen, YIAGA WTV, Hussaini Abdu, and YIAGA’s Executive Director, Samson Itodo, the groups said that electoral officers might not post results at polling units.

They urged Supervising Polling Officers (SPOs) and INEC monitors to ensure that presiding Officers post the results at the polling units using FORM EC 60 E, to enhance the integrity of the exercise.

They noted that the level of cooperation between INEC and the Police could compromise the integrity of the election, if the security of all parties were not guaranteed.

They, therefore, urged security agencies to perform their duties with a high sense of responsibility, civility, professionalism and transparency.

“YIAGA WTV is concerned that duly accredited observers may be prevented from observing results collation in some centres, particularly in centres with large number of voters and polling units.”

The group said that it was deploying 500 stationary observers and 29 mobile observers, who were expected to send their findings to the data centre.

The group said it would not hesitate to expose irregularities at the poll as part of its resolve to strengthen democracy in the country.

Similarly, a statement signed by Emmanuel Nkweki, the Coordinator of the Coalition of INEC Accredited Observer Oganisations, questioned INEC’s motive of deploying 4,000 corps members to some areas.

“About 4,000 NYSC members were brought in from other states to complement the short-fall in the state.

“Our question is, what is the reason for posting these 4,000 corps members to some specific local government areas which are identified as major strongholds of the APC.

“If INEC intends to demonstrate transparency, it becomes imperative to deploy such corps members across the state for equity,” Nkweki said.

Nkweki also claimed that the group had unravelled plans by Network providers to create bad network to make communication difficult and for possible manipulation of results during the poll.

He urged the Commission to ensure a transparent, free, fair and credible election devoid of political infiltration.

Previous: Come out massively and cast your vote, parties beg Anambra electorate
Next: Its election day as Anambra decides choice of governor