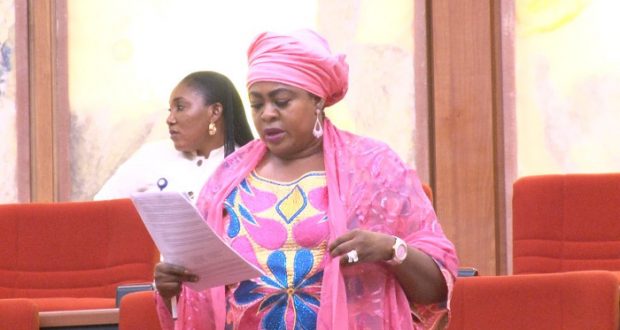 President of ECOWAS Female Parliamentarians Association (ECOFEPA),  Stella Oduah has said that the level of women participation in politics and appointment into positions in West Africa was still low.

Speaking in an interview on the sidelines of the ongoing Second Ordinary Session of the ECOWAS Parliament in Abuja on Monday, Oduah urged that more women should be given chance or supported for elective and appointive positions.

Oduah said that women constituted the larger population in the sub-region and could not be left aside in developmental moves.

She stressed that women were capable of contesting and holding any political office in the sub-region adding that women should not play second fiddle but must rise up to the occasion and participate in politics to developing Africa.

The ECOFEPA President stressed that it did not make sense to disrespect or disregard women who constituted about 60 per cent of the population of the sub-region.

“West Africa cannot attain its intended developmental strides without the involvement and participation of women in politics and policy making and implementation.

“If the women who make up more than half of our population do not participate in developing West Africa, it means that we are using less half of our strength.

“Women do not have to beg to be allowed to participate, we constitute the larger population. We must participate because governance belongs to the people not to a particular gender,” she said.