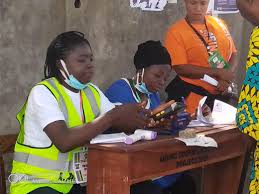 A Muslim group based in Abuja, known as Muslim Media Watch Group of Nigeria, (MMWG) has  said that Local Government elections being organized by state governments are deceitful.

According to the group, the low turn-out of voters during last Saturday’s local governments’ polls in Lagos and Ogun States, shows that Nigerians are tired of deceitful polls.

The group lamented a situation where “the nation has continued with undemocratic process where state governments choose whoever will contest, organise and supervise same elections and award all results in their own favour.”

In an interview with newsmen in Abuja, its national coordinator, Alhaji Ibrahim Abdullahi, declared that continuation of local government elections in the country is “fraudulent, unjust, unacceptable and unsustainable.”

It condemned the ‘siege’ of criminals on Nigerians especially in the Northern states and called on the security agencies, especially the military, the Police and the Department of Security Services to upscale their efforts in curbing the violent crimes of kidnapping and banditry in the country.

“The nation’s intelligence and security mechanism ought to have located the dens of these criminals and be able to track them down since they started their nefarious activities several years back,” the group stated.

Previous: INEC should not be biased, must save Nigeria’s democracy- APGA Chairman
Next: PDP Governors accuse Buhari-led govt of frustrating business operations in Nigeria