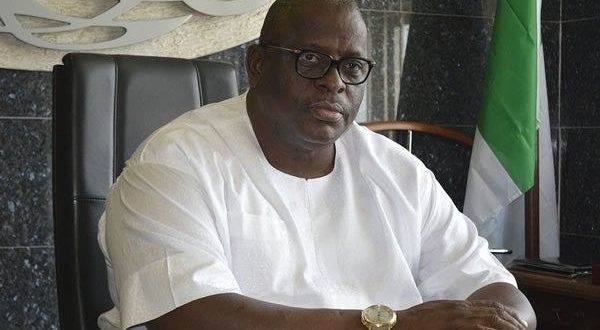 The crisis rocking the Ogun State chapter of the Peoples Democratic Party (PDP) has greatly escalated.

Hitherto, the governorship candidate of the PDP in the state, Sen. Buruji Kashamu and a former House of Representatives member, Hon. Ladi Adebutu, have been at daggers drawn with each other over the control of the party in Ogun.

While the National Working Committee of the party takes side with Adebutu, Kashamu ran to court to seek protection in order to retain his Bayo Dayo-led executive as the one in charge of the party in Ogun.

In recent times, the supremacy battle in the party took a new dimension as the party prepares for another congress to elect new state, local government and ward executive officers.

According to Daily Post, some members of the incumbent state executive committee loyal to Kashamu took the former Senator by surprise as they were in Abuja with the Ladi Adebutu faction for a peace meeting.

The Secretary of the party in Ogun, Semiu Sodipo, led other executives to the meeting with the PDP National Chairman, Uche Secondus Wednesday, where they announced joining forces with Adebutu to have a peaceful congress.

Shocked by the turn out of event, the State Chairman, Bayo Dayo wasted no time in debunking the claim that the Kashamu faction is teaming up with Adebutu.

Dayo described Secondus as someone who was after money and not seeking peace in the party.

Ultimately, the Chairman announced that the Secretary, Semiu Sodipo, has been suspended, saying he was not representing the group.

But, Sodipo fired back at the Chairman by similarly announcing his suspension for alleged antiparty activities. He described his (Sodipo’s) alleged suspension as one that could not stand.

Addressing newsmen on Sunday, Sodipo said 10 out of the 14-member Central Working Committee of the Bayo Dayo-led executive have united with the Adebutu faction.

It was gathered that the Kashamu faction has vowed to go ahead with the state congress at their own date, but the Adebutu faction, which now comprises the Secretary and nine other executives, said it awaits the National Secretariat for further directives as far as same is concerned