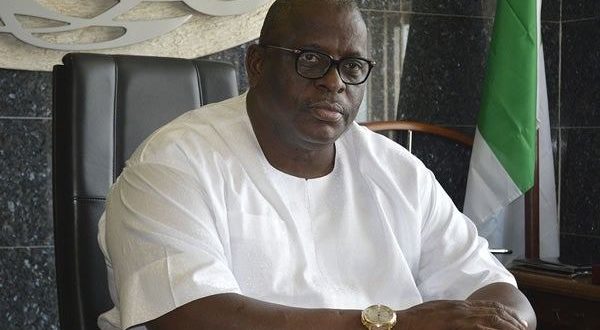 The crisis rocking the People Democratic Party in Ogun is getting worse as the 2019 gubernatorial candidate of the Peoples Democratic Party (PDP) in Ogun State, Senator Buruji Kashamu, has accused the party’s former state chairman, Chief Bayo Dayo, of selling out the party for financial gains.

According to Kashamu, “To set the records straight, I wish to say that nothing can be farther from the truth. Dayo sold out because of pecuniary gains.”

The statement reads in part, “About four weeks to the end of his second term as state chairman, Dayo decided to betray those he had led for eight years and purportedly sold 65 per cent of the party structure to Hon. Ladi Adebutu through a shady reconciliation arrangement. He kept the remaining 35 per cent for himself.

“It is this selfish and lopsided sharing ratio that they wanted to use to set up an imaginary caretaker committee. This is the same group that signed a three-year agreement with the Allied Peoples Movement (APM) on the 7th of March, 2019. The agreement is still valid till 2022 as it has not been renounced till date.”

Kashamu stressed that Dayo’s reconciliatory move was not motivated by any altruistic intention but personal gains.

“How can an individual trade off a structure that has taken people huge resources and many years to build because he is a party chairman? Can Sikirulai Ogundele, who is on the other side, enter into any agreement or negotiation with anyone without carrying along Hon. Ladi Adebutu and other stakeholders? ” Kashamu asked.

The former lawmaker said in Dayo’s bid to lure as many unsuspecting leaders and members of the party as possible into his scheme, he told them that he was given for the project.

According to Kashamu, “One of those he confided in and tried to convince to join him in the venture is Samuel Olayinka Soneye. In his statement to the police and sworn affidavit in court, Soneye said Dayo told him that Ladi Adebutu offered to trade off the PDP structure in Ogun State.

“He also told Mr. Adeleke Shittu, who is his cousin, at various times that he was offered to do the bidding of the Adebutus under the pretext of uniting the party.

“A serving member of the Ogun State House of Assembly, Hon. Sylvester ‘Niyi Abiodun, who is also related to him, confirmed that Dayo told that he was offered.

“Furthermore, Dayo’s successor, Hon. Samson Bamgbose, corroborated the above witnesses’ statements and added that he was offered some dollars which Dayo told him amounted to N10 million @N400 per dollar.

“All these witnesses have voluntarily made statements to the police and deposed to affidavits affirming the above-stated facts.”