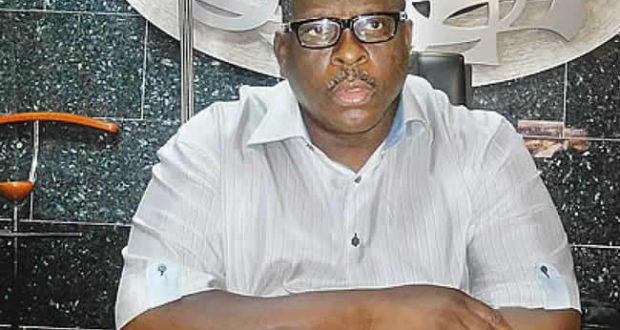 The Peoples Democratic Party (PDP) 2019 governorship candidate in Ogun State, Buruji Kashamu has spoken about the party congress in the state, saying that it followed due process.

It will be recalled that the Independent National Electoral Commission (INEC) in Ogun had, in a March 10, 2020 letter addressed to the national headquarters, declared the opposite.

Kashamu, in a statement. insisted that Justice Inyang Ekwo of the Abuja Division of the Federal High Court did not stop the conduct of the exercise as being opined.

He stated that some people against the authentic PDP Executive Committee (Exco) wanted a review of the judgment which ordered that only the said Exco could conduct congresses or primaries.

“They applied for an order of the court to stop the Ogun State PDP Executive Committee from conducting congresses and the court had refused the application and directed that the Defendants be put on Notice.”

Kashamu said the applicants invited the Federal High Court to sit on appeal over its own judgment delivered in Suit No. FHC/LCS/636/2016, after the appeal the same judgment was dismissed at the Court of Appeal and the Supreme Court in 2019.

He recalled that when the matter came up March 3, 2020, an objection was already filed on behalf of the then Adebayo Dayo-led Exco challenging the jurisdiction of the court because questions raised had been decided by the same court in Suit No. FHC/AB/CS/1323/2019.

Kashamu noted that it was whilst adjourning the case for hearing of the preliminary objection and other applications that the judge on his own volition made the remark that “parties should refrain from doing anything that will tamper with the rest of the action”.

“Hon. Samson Kayode Bamgbose now leads the new Ogun Exco of the PDP. On the 9th of May 2020, they will effectively be in charge as specified by the judgment of the Federal High Court in Suit No. FHC/L/CS/636/2016. If INEC has any complaints against the congresses, the new case (Suit No. FHC/AB/CS/44/2020) will give the opportunity to make that complaint.”