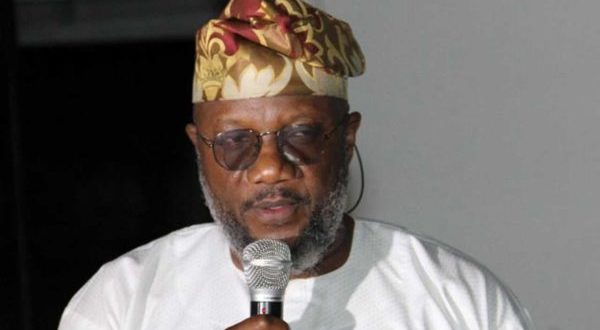 Branded vehicles of  Adekunle Akinlade, who recently defected to the All Progressives Congres (APC) recently have surfaced in parts of Ogun State.

The buses have inscriptions allegedly announcing his 2023 governorship ambition.

One of such buses with APC logo and Akinlade’s seemingly governorship ambition was sighted in Ogun East Senatorial district, causing massive interest in the Gateway State on Friday, Daily Post reports

Akinlade contested the March 9, 2019 governorship election on the platform of the APM following his inability to secure the APC governorship ticket over the alleged arbitrary manner immediate Governor Ibikunle Amosun attempted to foist him on Ogun APC.

He returned last Monday along with his loyalists to the APC.

But reacting to the rumour making the round that the rebranding of former APM Secretariat, campaign buses and other properties earlier used for electioneering in the last elections to APC emblems were meant to advance 2023 governorship race, Akinlade said the rebranding was about total loyalty to the APC and not about 2023 general elections.

The APC – returnee, in a statement by his media aide, Alao Azeez Adelani, in Abeokuta said the insinuation was malicious.

He stated: “Our attention has been drawn to a malicious information orchestrated and peddled around to mislead the general public that Allied People’s Movement (APM) buses have been rebranded to signify Hon. Adekunle Akinlade’s campaign interest for 2023 guber race.

“We wish to state unequivocally that upon Allied People’s Movement loyalists return to All Progressives Congress on Monday 23rd December, 2019, all APM properties including campaign buses are scheduled for rebrand and this will commence soon.

“We hereby implore the general public to disregard the circulated pictures of rebranded buses indicating Hon. Adekunle Akinlade’s interest in 2023 as it is designed to cause disaffection, confusions and heat up the polity.

“Finally, we appeal to the good people of Ogun state and all our supporters to await further directive on the rebranding.”