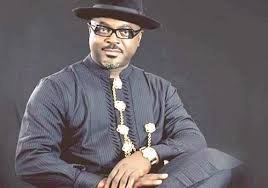 He made the declaraction on arrival at Pot Harcourt International Airport, Omagwa from Abuja on Friday morning.

He expressed optimism he will win the contest because of hid enomous good works in the State.

Governor Wike has been ruling the state since 2015 when he took over from Rotimi Amaechi after a heated and debated election.

Previous: Impeachment of Zamfara dep gov did not follow due process- Saraki
Next: Fayemi lauds Buhari for signing Electoral Amendment Bill into law