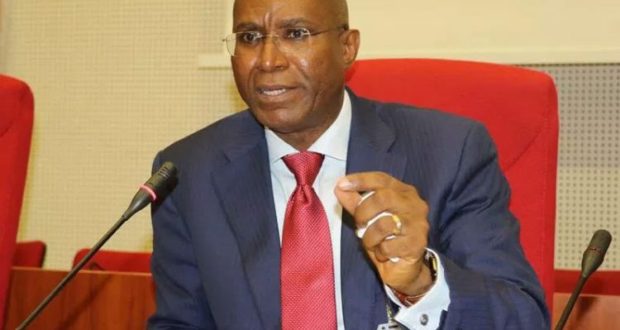 He rose to occupy the seat at exactly 11.30am after the Senate President, Dr Ahmad Ibrahim Lawan sought to leave the Chambers to attend to other issues outside.

Reacting, Senator James Manager said :”I have an observation. It is good to see you there.

Senator Abba Moro representing Benue South Senatorial district was the first to move a motion that was supervised by the DSP.