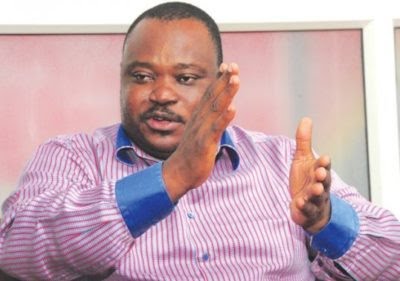 The Caretaker Committee Chairmen of the 18 local government areas of Ondo State on Friday met with business mogul and  and politician, Mr Jimoh Ibrahim, urging him to support second term bid of Governor. Oluwarotimi Akeredolu.

Akeredolu is the candidate of the All Progressives Congress (APC) in the Oct. 10 governorship election in the state. Mr Abayomi Adesanya.

Mr Abayomi Adesanya, Caretaker Chairman, Okitipupa Local Government, said in a statement in Okitipupa, that the chairmen made the plea during their visit to Ibrahim at Igbotako, his country home.

Adesanya, who led the delegation, said that the local government chairmen pleaded with Ibrahim, also a Chieftain of the Peoples Democratic Party (PDP) in the state, to consider joining the APC.

Akeredolu, who won the July 20 APC primary with a wide margin, had since begun reconciliatory move with other aspirants that lost to .

Adesanya said that the council chairmen commended Ibrahim for his support for the Akeredolu’s government, and by improving the economy of the state through the establishment University of Fortune, Igbotako.

“Since you enjoys a good relationship with Mr Governor in the legal profession, your political and business experience will count in Akeredolu’s second term bid,” Adesanya told Ibrahim.

Also, Mr Yomi Babatunde, the Caretaker Chairman, Akoko South-East Local Government, who described Ibrahim as an accomplished businessman and politician, said his mentorship would be greatly needed in APC.

“I urged you to officially identify with the APC with your wealth of experience and mentorship,” Babatunde said.

Responding, Ibrahim said that the governor’s leadership quality was evident through the giant strides he had accomplished since he took over the mantle of leadership in the state.

He advised the chairmen to form a formidable team so as to be relevant and make vital contributions to the re-election bid of Akeredolu on Oct .10.

“Akeredolu was a former President of the Nigerian Bar Association (NBA) where he left very good legacies and he means so much to me,” Ibrahim said.

He, therefore, assured the chairmen that he would consider their request after due consultations with his political mentors, friends and followers.

Previous: “PDP wants me to cover up fraud in govt,” Buhari reacts to resignation call
Next: APC made mistake for accepting Dogara back- Itse Sagay