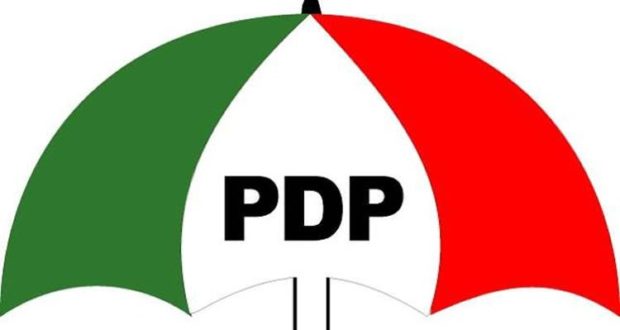 A group in Ondo State’s Peoples Democratic Party (PDP), The Sunshine Redemption Group (SRG), has called for unity and cohesion in the party, stressing that the overall goal of the party is to rescue the state from the current state of poor governance plaguing it.

The group, in a statement issued by its chairman, Hon. Abayomi Ogundaisi, and Secretary, Prince Demola Obadofin, also declared that youths in the party, cutting across the 18 local government areas of the state, had unanimously endorsed the choice of Mr. Eyitayo Jegede (SAN) as the party’s flag-bearer in the coming governorship election.

The SRG, in the statement, said, “We have done our homework and seen the incontrovertible leadership qualities in Mr. Eyitayo Jegede (SAN) and we are confident to say that if given the PDP ticket, he will not let us down.

“Much as we admit that every member of the party is eligible to aspire to the position of their choice, we believe the party should put forward its best hand, someone that naturally endears the people to himself through dints of hard work, excellent track record and passion for uplifting the less-privileged people.

“The PDP is a responsible, focused and peoples’ oriented party. We, the committed members of the party, under the SRG, have already endorsed the choice of Mr. Eyitayo Jegede as our governorship candidate and the great people of Ondo State are also solidly behind us.

“You will recall that Jegede was the natural choice of the people way back in 2016 but for some mischievous practices of some self-serving politicians, he would have been in government, transforming lives and utilities.

“Today, however, the people have resolved to see their dream come true by voting in Jegede as governor. In the last three and half years, the people have experienced untold hardship brought upon them by a government that has no focus and is confused as to what to make with the power in its hands,” the group explained.

It also reckoned that Jegede, as a committed party leader, worked tirelessly during the last general election and ensured that PDP won the presidential election in Ondo State and also secured virtually all the National Assembly seats, especially in the central and south senatorial districts, for the party.

It, therefore, enjoined all PDP members to come together as one family, with a view to rescuing Ondo State “from the poor leadership of the ruling party in the state”.

The SRG also urged the state executive committee to ensure a level-playing field in the emergence of a governorship candidate for the party, The Nation reports.