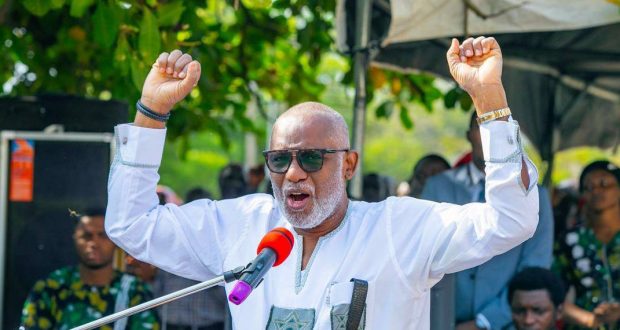 The Ondo State Election Petitions Tribunalin Akure on Tuesday granted a motion exparte for substituted service on Governor Oluwarotimi Akeredolu in the petition filed by candidate of the People’s Democratic Party, Eyitayo Jegede.

In the petition, Jegede is challenging the victory of Governor Akeredolu on four grounds.

Among the grounds are that the election was marred by irregularities and pockets of violence as well as intimidation and faulty emergence of Akeredolu at the APC primaries.

Counsel for Jegede, Jamiu Makinde had in the motion exparte sought an order to serve the defendants through substituted service by pasting on the petition on the notice board of the tribunal.

Makinde also sought an order allowing access to materials used for the conduct of the October 10, governorship election and in custody of the Independent National Electoral Commission.

He listed local councils in which electoral materials are to be accessed to include Owo, Eseodo, Ilaje, Okitipupa amongst others.

Chairman of the Tribunal, Justice Umaru Abubakar, granted the order and said the petitioner could advertise the served processes in newspaper circulating within its jurisdiction.