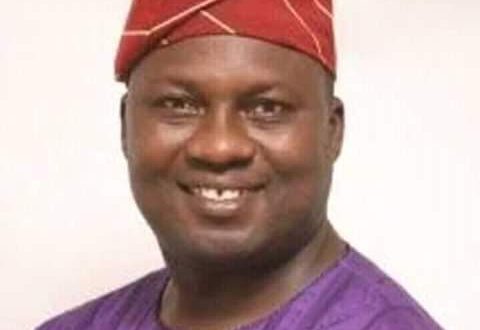 The National President of the Nigerian Medical Association (NMA), Prof.Adedayo Faduyile, has joined Ondo State governorship race which is slated for October 10.

Faduyile is contesting against Governor Oluwlarotimi Akeredolu on the platform of the ruling All Progressives Congress (APC).

At an interactive session with reporters in Akure, the state capital, Faduyile, who is from Ikale in Okitipupa Local Government Area, said the state needed a well equipped aspirant like him to rescue it from alleged maladmi-nistration.

He is battling for the APC ticket with the Ife Oyedele, Isaacs Kekemeke, Bukola Adetula, Chief Olusola Oke (SAN), Olusegun Abraham and Akeredolu during the primary that will hold in July.

The NMA President, who christened his campaign outfit as: “Prof Dayo Faduyile-“PDF 2020”, expressed concern over the worrisome state of education and health sectors in Ondo state.

He also said the N5billion Ore flyover constructed by the Akeredolu administration was a mere waste of public fund,stressing that the project is just a single lane, instead of double lane.

The aspirant added that Ore community needed a dual carriage flyover since industries were springing up in the area.

Faduyile said the party would soon overcome its internal wrangling. He said he had assisted the less privileged in the education, healthcare and sports sectors.

The don said he was still sad with total blackout in most parts of Ondo south for almost, saying the government had failed the people.

The NMA President also met with his supporters from the 18 local government areas at SWAN hotel, Akure where he unveiled his manifestoes to the people.

According to him, his priority would include Youth development, women empowerment, and infrastructural development.

Besides, Faduyile said he would introduce free education for primary and secondary schools with free health care for children between age 0 to 12 and age 65 and above.

The aspirant, who is also a renowned Pathologist also said his administration if elected would venture into Agricultural empowerment to boost food production.

He urged his supporters to be committed to the project to ensure victory so that the sun would be able to shine again in Ondo state.

His words: “The minimum to drive this process would be provided,but you must be committed,don’t be deceived that somebody has been anointed as candidate, with my position as NMA President, I am close to APC leadership in Abuja,there is nothing like that,our success will largely depend on our commitment ajf steadfastness.

“We will play politics with a difference. I have met many people who are in politics to make the desired change possible. We must hit the rock to effect the change,all of us must be re-invigorated.”