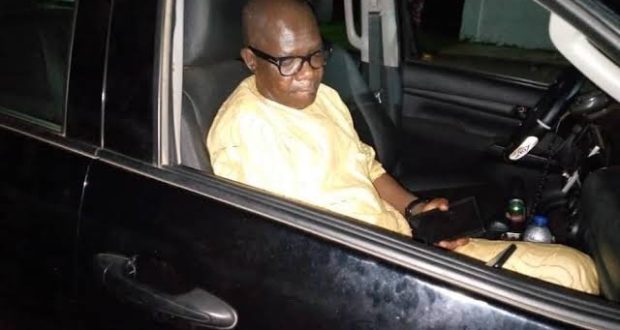 Ondo dep gov packs out of govt house, says he remains in office

Recall that Ajayi moved over to the Peoples Democratic Party (PDP) ward office and picked up a membership card.

The deputy governor is expected to be received into the PDP fold by officials from the national secretariat in Akure today.

Before leaving the Government House, the deputy governor had a face off with the police at about midnight on after some government officials prevented the removal of some of the items.

Ajayi has been at loggerheads with Governor Oluwarotimi Akeredolu. Interventions by prominent individuals to broker peace between them failed.

It was gathered that Akeredolu lost faith in his deputy when he learnt that he was putting political structures in place to unseat him.

As Ajayi and his aides were removing their belongings on Saturday night, aides to Governor Akeredolu raised the alarm that they were looting government properties as well as attempting to sneak out some secret documents.

Previous: “You can’t do anything about mass defection,” PDP tells APC
Next: APC Waiver: Court to decide Ize-Iyamu’s fate on Thursday