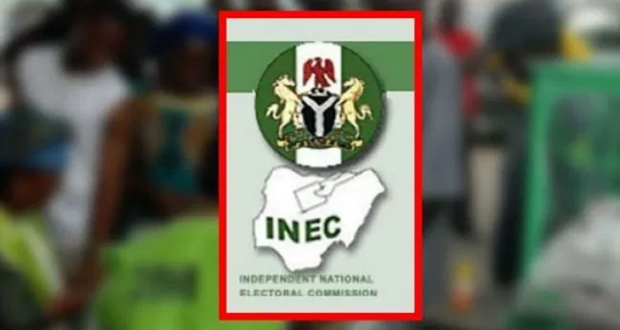 It called on political parties, candidates, their supporters and  to obey all its new guidelines for conduct of by-elections, including Ondo and Edo gubernatorial elections.

INEC Chairman, Prof. Mahmood Yakubu made the call on Wednesday in Nasarawa, during the commission’s meeting with stakeholders ahead of the Nasarawa Central State Constituency by-election.

Yakubu advised all voters to use facemasks, saying ”no facemask no voting. Party branded facemask is not allowed. The commission is not insisting on surgical face mask, any face covering will be allowed.

“Social distancing and wearing of facemasks are very important to health of the people which is more important. Measures had been put in place to avoid crowd at the voting point”.

The INEC Chairman who said that smart card readers would be used for the election, added that mentholated spirit to disintegrate card readers and hand sanitiser would be provided.

He said that while all the non-sensitive election materials were ready, the sensitive materials had been delivered to the Central Bank in Nasarawa State, adding that card readers’ configuration had been concluded.

He said that the commission was ready for credible election, assuring that INEC has no vested interest in the election.

Yakubu described the election as an important to INEC because it would be the first election in the COVID-19 pandemic.

“We deliberately chose to start with Nasarawa central state bye-election so that we can learn the vital lessons we need to learn ahead of Edo and Ondo State governorship elections as well as 15 outstanding bye-elections,” he explained.

Yakubu expressed concern on the reports of violence in Edo ahead of the state governorship election.

“We are carefully monitoring what is happening in Edo and also Ondo State.The commission is meeting on Thursday, but given the urgency of what is happening particularly in Edo, we need to call a meeting immediately, not only of the parties and candidates but also of the campaign councils.

“Whatever we need to stem violence or threat to it, particularly in Edo, we will do it. We will continue to speak to stakeholders, we will do that,” Yakubu said.

Speaking on the security arrangement for the election, the Assistant Commissioner of Police in Nasarawa State, Mr Fatai Akinyomi, said that more than 500 policemen would be deployed for the bye-election.

Akinyomi said that the police had mustered the number from four other commands.

“We do not have any problem and from what is going on, I can say that there will no be problem in the bye-election,” Akinyomi said.

He added that if need be, restriction of movement would be enforced in the areas where election would be held on the election day.

The Liaison Officer of Presidential Task Force on COVID-19 representative, Dr Hassan Assad, also stressed the need for people to obey guidelines on COVID-19, saying corona virus is not a respecter of individual, political parties or order.

He appealed to political parties and their candidates to sensitise their supporters to taking responsibility on the election day, adding that a team would be deployed to enforce compliance.

The Chairman, Peoples Democratic Party (PDP) Board of Trustee , Sen. Walid Jubrin, assured INEC that all the political parties would cooperate with the commission for peaceful election.

“There will be no panic. We are with you and we support whatever you do. I can assure you that your efforts in Nasarawa will not be wasted,” Jubrin said.

He stressed the need for INEC to be the only institution conducting elections in the country, including local government polls.

On his part, Ari Abdulmumuni, member representing Nasarawa/Toto Federal Constituency, who led the All Progessives Congress’s (APC) delegation, said that the party since the last two weeks had been sensitising its members on the need to observe social distance and obey all rules.

Abdulmumuni, also the Deputy Chairman, House Committee on Youth Development, said that APC would ensure peaceful election, as peace would be their watchword in the election