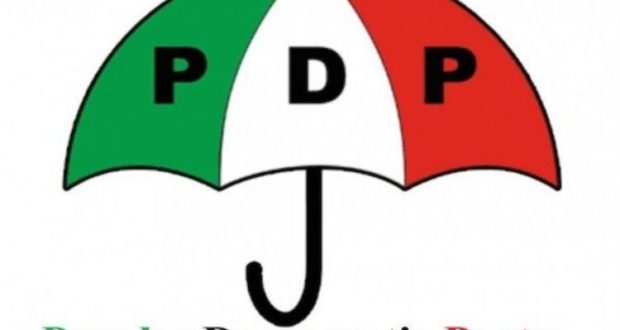 A chieftain of the Peoples Democratic Party (PDP) in Ondo State Akinrinlola Olumide has warned the opposition party that it may lose the October governorship polls if it make mistake in the choice of a running mate for the party.

The Ondo PDP has been enmeshed cold war over whom its governorship candidate, Eyitayo Jegede, would pick as his running mate.

There is pressure on Jegede to pick his deputy outside his political camp from Ilaje Local Government Area of Ondo State and the elders of the party have advised the candidate of the PDP to pick one of the governorship aspirants who contested with him.

Jegede has however submitted the name of one of his closest ally, Olumide Ogunje, as his running mate.

Close allies said they were plans to substitute Ogunje after talks with all stakeholders of the PDP scale through.

Akinrinlola who spoke at the weekend while addressing PDP youths at Okitipupa in Ondo South senatorial district said the choice of running mate would be very significant for the success or failure of any candidate in Ondo State regardless of the political parties involved.

Akinrinlola said it was sad that the Ondo APC has begun campaigning while the PDP was still battling with the issue of running mate.

He warned that any attempt by the PDP candidate, Eyitayo Jegede, to pick running mate outside those that contested at the primary would spell doom for the PDP.

Akinrinlola stated that a strong running mate from Ondo South would help secure easy victory for the party.

His words, “I am telling you, our youths are the powerhouse of PDP and we are ready to retake Ondo State from the ruling APC, but the choices and decisions being taken might cause us all pain.

“We have endured opposition for four years and we cannot wait to return to Alagbaka, the seat of power in Ondo State. It is our right and we must do all within the laws to sack the APC.

“What I am hearing in terms of running mate being considered by our candidate is making me afraid about the election. This is the time to tell them election victory are determined before the polls