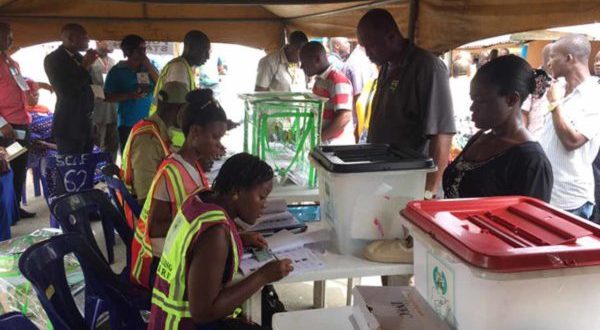 Chairman of the Ondo State Independent Electoral Commission (ODIEC), Prof Yomi Dinakin, had made u-turn on the coming LG poll.

He had last week insisted that the council polls would hold despite the threat of spread of COVID-19 saying that arrangements would be made to ensure the safety of the electorates by providing washing hands basin, hand sanitisers and provision of seats to avoid crowding.

But addressing journalists on Friday, Prof. Dinakin said the 10 political parties agreed to the postponement because they could not hold any campaign rallies.

Prof Dinakin said the political parties argued that they complied with the directives of Governor Oluwarotimi Akeredolu ban on political rallies and gatherings.

Dinakin said the preparedness of the commission might jeopardised by unforeseen circumstances during the conduct of the elections.

He said it might be difficult to control crowd on election day.

On a new date for the elections, Prof Dinakin said the commission would monitor state government activities and announcements.

Prof. Dinakin expressed optimism that the federal government would also postpone the implementation of its policy that all local councils in the country must have elected officials by May this year.