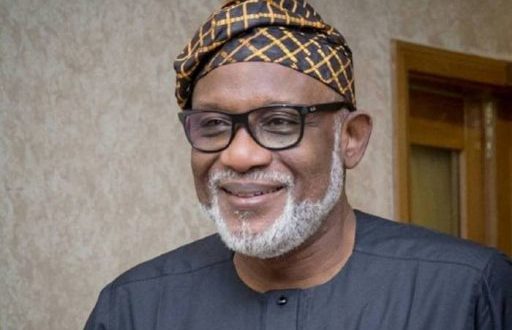 The All Progressives Congress (APC)  has expressed happiness over the victory of Gov. Oluwarotimi Akeredolu at the party ‘s primary.

Akeredolu on Monday polled 2,458 votes out of the 2,793 votes cast to defeat 11 other contestants.

The governor would represent the party in the Oct. 10 gubernatorial poll.

A statement by Mr Alex Kalejaiye, the state’s Publicity Secretary of the party, on Tuesday in Akure described the gubernatorial primary as transparent, enviable and inspiring.

He commended the primary election committee headed by Gov. Yahaya Bello of Kogi, all aspirants as well as their supporters for the feat.

The publicity secretary expressed appreciation to the leading aspirants that stepped down some hours to the commencement of the exercise because of their interest and love for the party.

According to him, although a candidate emerged from the exercise, the party prefers to perceive the success as victory for the state chapter.

” We congratulate the party’s flag bearer and governor of the state, Arakunrin Oluwarotimi Akeredolu, SAN.

” We urge him to accommodate all tendencies within the fold,” he stated.

Kalejaiye promised that the state secretariat of the party would expedite action to bring together all the aspirants and stakeholders.

” We will soon hold a “family” meeting and fashion out plausible approaches to electoral victory come October,” Kalejaiye said.

He urged APC members not to be carried away by the victory, adding that all hands must be on deck to ensure the party’s victory in the governorship poll

Previous: Why Igbos in Lagos must support APC govt- Lawmaker
Next: NRM to Obaseki: Start packing your luggage out of Government House to avoid disgrace