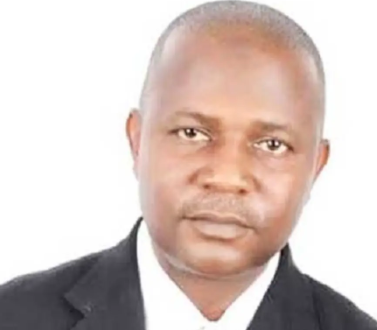 Ondo Poll: I will do all my best to lead Jegede to victory, new PDP Chairman vows

The new Chairman of the People’s Democratic Party (PDP) in Ondo State, Fatai  has vowed to tried all his best to ensure victory for the party in the gubernatorial election.

Adams who is the immediate past Deputy State Chairman of the party defeated Dennis Arole to emerge Chairman at the state congress of the party.

Speaking to party supporters shortly after he assumed office, Adams said his election was borne out of the commitment of party members for a united PDP dedicated to all citizens of the state.

He stated that the collective desire for good governance would be achieved through all party members doing the right thing at the right time with the right motive for the good of the least of all.

He promised to continue legacies of the PDP founding fathers whose efforts and sacrifices, he said, birthed an indestructible political legacy that would transcend generations.

His words, “My fellow compatriots, I salute your resolve in the face of intimidation, harassment and blackmail by the soon to be removed APC government, to ensure that our state is liberated from the unproductive maladministration called the APC and I assure you of my firm resolve to do all I can as your chairman to ensure that our party, the PDP members wins the next election