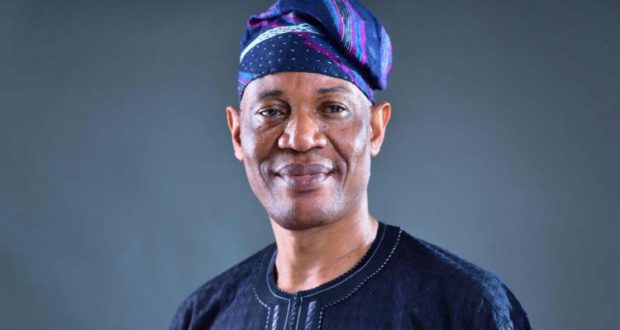 He issued the threat on a day the Chairman of the Election Committee, Governor Yahaya Bello declared the choice of indirect primary as settled, while the Chairman, APC Caretaker/Extra-Ordinary National Convention Planning Committee (CENCPC), Mallam Mai Mala Buni, said the party was now on course.

Speaking when the APC National Reconciliation Committee for Ondo State, led by Niger State Governor Abubakar Sani Bello, met with aspirants and party leaders in Akure, Oke said he would not boycott the primary election so that he would have locus standi to challenge the outcome in court.

He warned the party leadership against breaching the party’s constitution by adopting the indirect mode of primary.

“I don’t boycott any election. It is not in my character and is not advisable,” he said.

“Under the electoral law, if you boycott or you don’t participate, you cannot challenge.

“The major issue is the mode of primary. We told them not to breach the APC constitution. It is left for the party to do the correct thing and not do imposition or the members will react accordingly.

“Reconciliation is important, but don’t insult the intelligence of anybody,” he said.

The Niger State Governor said the committee’ scope was to reconcile members of the party in the state ahead of the elections.

He noted that the paramount interest was to ensure victory at the governorship election and cautioned against working against the party.

Bello said it was better to be in a party in power than to be in opposition.

He said: “Since last week, we have visited so many stakeholders to guide us the way out on how we lead our party to have a unify APC in Ondo. We will do what we can to resolve various crisis.

“We advise our people to be calm. The success of APC is important. It is important to have an APC government than be in opposition. It pains to take an action to lose an election.

Another aspirant, Ifeoluwa Oyedele, said the direct mode of primaries would have been the best considering the fact that all the aspirants, including Governor Oluwarotimi Akeredolu, did not object to it.

He, however, expressed satisfaction with the composition of the APC’s Governorship Primary Election Committee headed by Governor Yaya Bello of Kogi State.

Oyedele said: “We aspirants are bothered that we don’t know as at now the mode of primary to be adopted during the primaries on Monday. We are worried because we don’t know the mode that the election is going to take, and that should worry anybody. This is the first of its type in recent times.

“You have to understand also that there are issues. The interim management committee was brought just a few weeks ago. They have to know what is on ground and have to get their act together. About three of them are governors and virtually all of them have their day to day activity or profession.

“Many of us, including the governor, have expressed willingness to participate in the direct primary mode of election and we are hoping that is what will be given to us.”

How we came about indirect primary -Bello

Explaining the choice of indirect primary by the APC, the Chairman of the Election Committee, Yahaya Bello, said the issue was “settled by the previous NWC and ratified by NEC, which gives the opportunity to the state executive committee to choose the mode of primary that they would want.”

He spoke at the inauguration of his committee by the Chairman, APC Caretaker/Extra-Ordinary National Convention Planning Committee (CENCPC), Mallam Mai Mala Buni.

Bello, who is the governor of Kogi State, said it was not the responsibility of aspirants to determine the rules and mode of primary election for their party.

His words: “I was once a contestant and I had opponents, and from what I have come to realise, it is not within the purview of contestants to choose rules of engagement. We follow laid down rules and regulations of the party.”

On moves to appease any aspirant, the committee chairman said: “Governor of Niger State, Alhaji Abubakar Sani Bello, is in Ondo right now mediating and to ensure that there is peaceful co-existence and agreement on this mode of primary among the aspirants.”

He pledged a level playing ground for all aspirants, saying: “I know at the end of the day that every contestant in this election shall be treated fairly and credibly, and we shall have a candidate that is going to be acceptable to all the contestants and the people of Ondo State, and we shall come out victorious in the general elections.

“The responsibility before me now is to go and conduct free, fair and credible primary election for whoever is going to be the candidate of our party, and I shall restrict myself to that, which means I will be guided by the Constitution of our party, the guidelines and all the laws that support the primary election.

“If free, fair and credible primary is conducted, every member of the party, those who contested and those who are not contesting, including members and sympathizers of the party would support it to victory.

“I am very confident that we are going to win the general election by the grace of God. The task ahead of us is to go and conduct free and fair primary that every aspirant will be happy with and then join hands together for us to be victorious at the end of the day.”

Previous: Ondo Guber: APC settles for indirect primary
Next: APC is back on track of peace, stability, progress- Buni