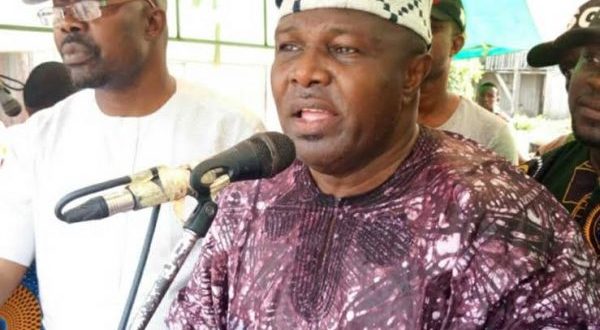 Ajayi on June 21 decamped from the All Progressives Congress (APC) to PDP and received his PDP membership card at his Apoi Ward 2 in Ese Odo Local Government Area (LGA) of the state.

Tofowomo in a statement by his media aide, Mr Olumide Akinrinlola on Tuesday in Okitipupa said that the deputy governor has joined the moving train of PDP from the APC.

“Let me join my voice in welcoming the state deputy governor, Mr Agboola Ajayi into the moving train of the PDP from the APC,” he said.

Previous: JUST IN: Police seal off APC National Secretariat
Next: “Akeredolu planning to impeach me,” dep gov Ajayi cries out