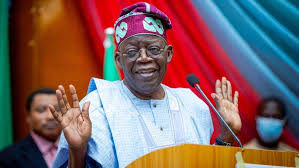 The leader of Northern Young Professionals For Tinubu (NYPT), Alh Abdullahi Tanko Yakasai, has noted that there is nothing wrong in Bola Tinubu choosing a Muslim running mate.

According to him,  only a Northern Muslim running mate for the presidential candidate, Bola Ahmed Tinubu, could get the former Lagos State Governor, a landslide victory against the Peoples Democratic Party, PDP, come 2023.

He made this statement while speaking in an interview with  Arise TV on Tuesday,.

He noted that the Muslim-Muslim ticket will appeal to predominantly Muslim states of the north to garner votes for victory.

Yakasai said he believes that what matters most is a victory for the ruling party, insisting that only a Muslim running mate can assure that.

“Majority of the states in the North are predominantly Muslims, and I think we have only three that are predominantly Christians, Taraba, Benue and Plateau States. Out of the 19 Northern states, the majority are Muslims and why are we shying away from the fact that our party needs those votes.

“We need to gather those votes to get the presidency come 2023 that is the number one thing.

“Any time the party is picking somebody, it tries to present somebody who can gather the vote. I want you to understand this fact. Somebody who can give us those votes and we get a landslide victory,” he said.

Previous: Two top Senators dump APC for PDP
Next: Muslim-Muslim Ticket: Number is what is important, not religion- Uzodinma