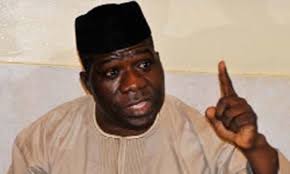 Chairman of the Senate Committee on Judiciary, Human Rights and Legal Matters Opeyemi Bamidele has said he did not vote against electronic transmission of results by the Independent National Electoral Commission (INEC).

He said he was one of the few Senators who fought hard for inclusion of electronic transmission of results in the Electoral Act (Amendment) Bill.

He said he has remained consistent in his legislative work in the overriding public interest.

He said some senators from the Peoples Democratic Party (PDP) were grandstanding on the floor of the Senate to run a smear campaign against All Progressives Congress (APC) senators ahead of 2023 general elections.

Bamidele, who is a member of the Senate Committee on INEC, explained his roles on Electoral Act Amendment Bill in a statement in Abuja.

He gave insights into what transpired in the Senate and expressed concerns over misrepresentations by PDP.

He said: “In order that no one who knows me and what I have always stood for would be in doubt as to where I stand, I wish to place on record that I am fully in support of the passage of Section 52(3) of the proposed Electoral Act (Amendment) Bill, which seeks to give the Independent National Electoral Commission (INEC) powers to transmit election results electronically.

“ Let it be known also that I am specifically a member of the Senate Committee on INEC, which, in addition to electronic voting contained in Section 52 (2), recommended and ensured the inclusion of this electronic transmission clause 52 (3) in our Committee report submitted to the Senate for deliberation and passage. The said report, known as the Electoral Act (Amendment) Bill carries both my name and signature.

“We did this in response to the popular desire of a cross section of Nigerians, including stakeholders who participated in our public hearing, as well as in recognition of and compliance with global best practice standard in electoral law and procedure.

“For the records, we had specifically recommended in our report that INEC might electronically transfer election results “where and when practicable.”

“As it is the practice in parliamentary procedure, our Committee, which made this recommendation, is, like any other standing committee of the Senate, only a SUB-COMMITTEE OF THE WHOLE once the entire Senate sits to consider the report and clause by clause passage of the proposed Bill.

“At this point, any Senator shall have the right and privilege to propose amendment to any of the clauses proposed in the sub-committee’s report being considered. This was exactly what happened on the floor of the Nigerian Senate on Thursday, 15th July, 2021.

“The Distinguished Senator representing Niger East Senatorial District, Senator Aliyu Sabi Abdullahi, expressed concern that the words ‘electronic transmission of results where and when practicable’, as used in our report, were rather nebulous and could lead to arbitrary intervention and implementation.

Read Also: Electoral Act amendment bans electronic transmission of results
“He also opined that the Nigerian Communication Commission (NCC), being the regulatory institution in charge of communication infrastructure across the country, should be made to work with INEC in determining the “where and when practicable” desire in our report to ensure that Voters in rural communities without access to communication network are not disenfranchised or the results of their elections compromised, relying on a report that only about 43 per cent of the Nigerian rural communities so far have access to communication network service.”

Opeyemi clarified that Senators only disagreed on which versions of the two drafts on electronic transmission of results should be approved.

He added: “This was the issue before the Senate. While every Senator present and voting was in support of electronic transmission of election results (which is a good development for Nigeria), there was a division between the two versions of the draft.

“Distinguished Senator Albert Akpan, representing Akwa Ibom Central Senatorial District, had proposed that the Senate should stick to the recommendation as originally proposed by our sub-committee, as a counter proposal to the amendment sponsored by Senator Aliyu Sabi Abdullahi.

“So, the Senate became divided between those who voted ‘.’YES’ to electronic transmission of results “where and when practicable” and those who voted ‘NO’ to what they described as nebulous version in support of an amendment they believed would ensure that INEC was guided by data and scientific realities.

“The voting and subsequent division was not about making a choice between supporting or rejecting electronic transmission of election results because we all agreed to it.”

Previous: Uzodinma spreading fake new, PDP members not defecting to APC- PDP official
Next: Why I am qualified to be APC next National Chairman- Yari