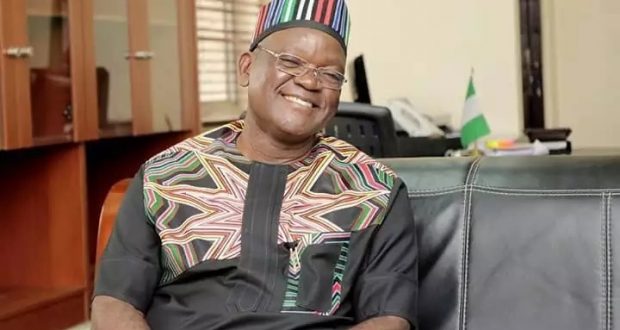 A youth group from Benue State, the Benue Hopeful 2019 has declared that Governor Samuel Ortom does not deserve a second term in office because of his poor performance.

In a statement jointly signed by its chairman, Terhemen Bem and Secretary, Ochai Oguche, which was made available to Journalists in Jos on Thursday, the group said Ortom has performed poorly.

The group also urged Richard Gbamwuan, who is the North central zonal secretary, medical and health workers
union to contest for the office of governor of the state in the forthcoming general elections.

“We are here in Jos in search of better representation in Benue State. We are a concerned youth group yearning for a better Benue state; our association is not a political group, we are not sponsored by anyone,” the statement said.

“Governor Ortom doesn’t deserve re-election. Our people are dying of hunger due to non-payment of salaries. Benue people are suffering untold hardship; our parents have withdrawn their children from schools because they can’t pay school fees,” the group alleged.

Previous: Nigerians are hopeless because successive leaders have neglected them – Obi
Next: Obiano pays Buhari a thank you visit, says he will never dump APGA for APC